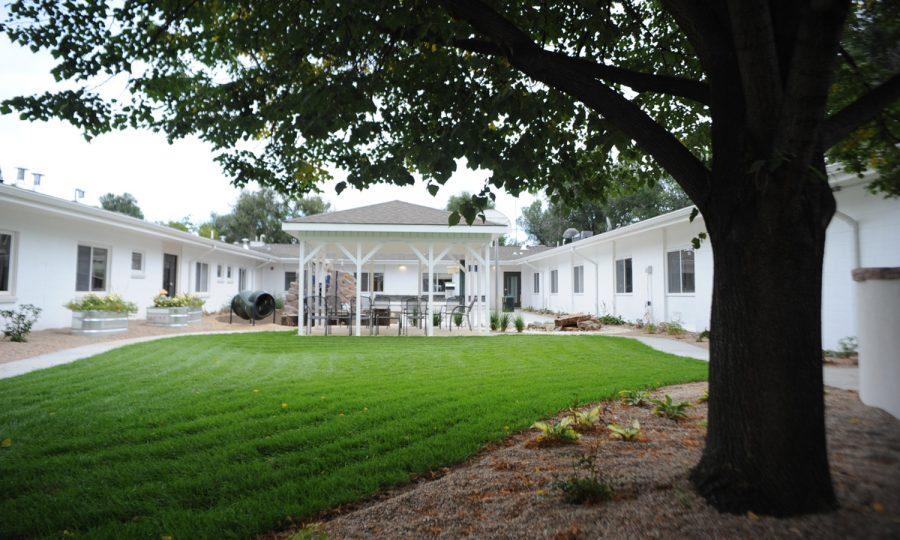 From a four-bedroom home in 1980 to a safehouse that holds 104 people, Crossroads Safehouse is expanding on their mission to help victims of domestic abuse and violence.

Crossroads Safehouse will host a breakfast called “WeCare Breakfast for Change” Oct. 25. It will be part of their outreach on domestic violence and abuse awareness for National Domestic Abuse Awareness Month.

“There’s not one particular religion, ethnic background, (or anything) domestic violence affects,” said Lisa Poppaw, executive director of Crossroads Safehouse. “It happens, and we have a shelter full of people that are as diverse as you can imagine.”

The breakfast will take place from 7-9 a.m at the Hilton, free of charge, and will feature two women who live in Northern Colorado who have dealt with domestic violence: Sara Mondragon, who was stabbed multiple times after leaving her boyfriend, and Ann Marie Doolittle, whose daughter was shot when she broke up with her boyfriend.

“The cool thing is that these two people are willing to talk about the trauma they endured to help other people,” Poppaw said. “For me, that is so inspirational and it takes so much courage. These are amazing people who have really gone through the worst that anybody can possibly imagine and said, ‘You know what I’m going to do? I’m going to help other people.’”

Crossroads Safehouse’s Development Manager Morgan Vanek said she thought it was critical for the speakers to be local in order to bring awareness to the domestic abuse and violence that is happening in Fort Collins. In Larimer County, one in 10 criminal cases are related to domestic violence, and those are only the cases that are prosecuted right and people who are caught, Vanek said.

“I truly believe that domestic violence gets its power from silence. So the more we talk about it, the less power it has.” – Missy Van Sickle, Crossroads Safehouse outreach program manager

Despite Crossroads Safehouse helping around 3,500 people annually and housing around 500 people in their shelter, Vanek said that when talking about her work with friends, they tend to question the need for a safe house in Fort Collins.

“Because in Fort Collins, this is such a nice place, right?” Vanek said. “We’re all going to put on our Patagonia vests and go hike a trail, and when we come down we’ll drink a beer and everyone’s happy. But really, these horrific acts of violence are happening here, just like it is everywhere else, so being able to shine a light on that is the first step for getting that community awareness and that education piece.”

“It’s important for people to realize that Crossroads is here to support people because it’s happening regardless,” said Kelli Pryor, Crossroads Safehouse’s outreach program coordinator. “It’s important to have someone in your corner and you can tell really awful things to and we’re just there to sit with you through it. Otherwise, you’d just be sitting through it by yourself and that’s so much worse.”’

If you need help with domestic abuse or violence:
Call 9670-482-3502
Email mail@crossroadssafehouse.org

For CSU students experiencing domestic abuse or violence, one of their main needs is for a safe plan to get out of the relationship, Pryor said. Through their efforts to educate people about domestic violence, the main message that Crossroads Safehouse wants to communicate is that domestic violence and abuse are happening in Northern Colorado, and the first step to fixing that is talking about it.

“I truly believe that domestic violence gets its power from silence,” Van Sickle said. “So the more we talk about it, the less power it has.”