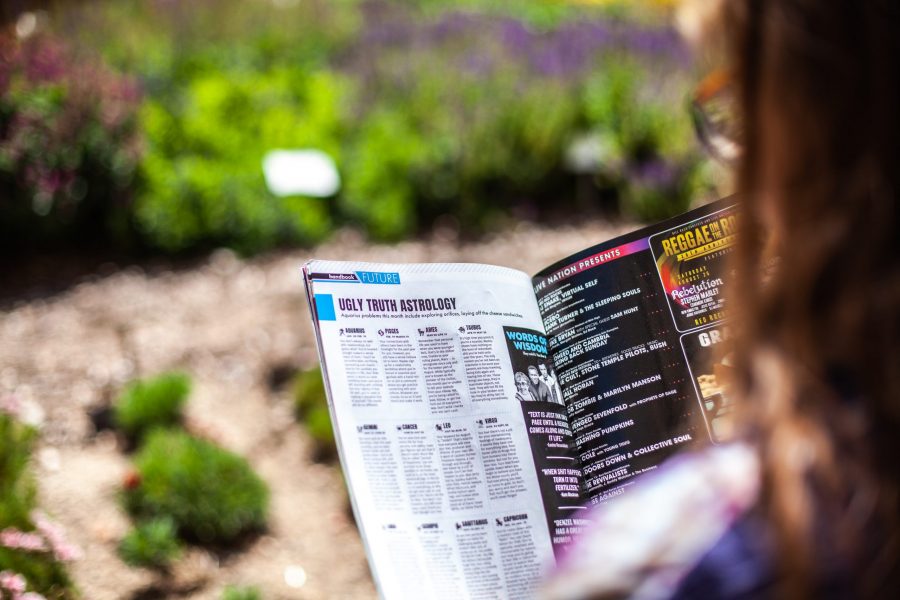 For years, significant character flaws were mistakenly attributed to a lack of parental discipline, poor genetics or an inflated ego. Though this may be true according to ‘science’, someone’s astrological sign can also play a significant role in determining their personality.

Astrology expert and Fort Collins resident Sarah Klein who works as an astrological counselor at Open Mind Holistics on Sagebrush Drive, said that people can use astrology to understand themselves through a unique and meaningful lense.

“Astrology to me is a framework for looking deeper at psychological and spiritual strengths and challenges- it can be a powerful mirror reflecting what is meaningful and what needs shifting in our lives,” Klein said. “A lot of emotions, thoughts and insights come up for clients in response to astrology readings, so I find it very helpful to bring in a therapeutic lens and to create safety within the relationship between the astrologer and client.”

Every star sign has its own stereotypes that range in accuracy. Klein said that stereotypes about different star signs can be useful to understand astrology on a basic level, but they do not capture the nuances of human behavior.

“These stereotypes are used to help us remember the gist of a sign,” Klein said. However, like all stereotypes, they are limited to only considering a narrow perspective. Stereotypes, I think, can be harmful because they don’t account for the intricacies and depth of each individual’s sign, and they also deny the complexity of the people they describe.”

For the Aries, courage and confidence are defining qualities. However, their relentless strength will also make them statistically more likely to commit arson.

The Taurus is reliable and stable, making them exceptional individuals to vent to or share secrets with. People shouldn’t be too quick to trust them, though. Once Mercury is in retrograde, they are uncontrollable and will spill everyone’s secrets.

Geminis, well-known patrons of affection and compassion, are great individuals to be friends with. Unfortunately, their protectiveness over friends and family makes them a terrifying enemy. Much like the pivotal scene in Mean Girls, a Gemini will not hesitate to push someone in front of a bus if necessary.

These stereotypes are used to help us remember the gist of a sign, however, like all stereotypes, they are limited to only considering a narrow perspective. Stereotypes I think can be harmful because they don’t account for the intricacies and depth of each individual’s sign, and they also deny the complexity of the people they describe.”- Sarah Klein, astrology expert at Open Mind Holistics

Cancers are known for being loyal to their friends and loved ones. It’s important to stay on their good side, though, because they change their loyalty relatively easily based on what phase the moon is in.

The Leo is commonly believed to be the star sign with the best sense of humor. What is less known is that most of the time they are laughing at other people’s pain.

Calm and intuitive, the Virgo is always listening and seldom speaking. In many ways, these characteristics might be interpreted as being “thoughtful”. This notion is completely false. The real reason Virgos are so quiet is that they are secretly planning someone else’s tragic demise.

Libras are passionate and loving, making them exceptional candidates for romantic partners. However, people shouldn’t be too eager to be romantically involved with a Libra. When it comes to relationships ending poorly, Libras have been known to indirectly trash their ex-lovers on social media.

Diplomatic and goal-oriented, Capricorns are likely to be incredibly effective team leaders and managers. Not all teams are good, though. Many religious or political cults such as Heaven’s Gate have been led or participated in by Capricorns.

One one hand, Scorpios celebrate their shared star sign with popular actress and comedian Whoopi Goldberg, highlighting their ambitious and creative characteristics. On the other hand, they also share the same star sign as infamous criminal and murderer Charles Manson.

The Sagittarius is optimistic and easily adapts to new environments and situations. Sound familiar?  Yeah. Snakes are also highly adaptive, making the Sagittarius related to one of the most deadly and evil animals on earth.

Fairness and generosity are important qualities to the Aquarius unless it comes to sharing their food. Do not attempt to grab a slice of an Aquarius’ pizza; they will cut off your hand with little to no hesitation.

Emotional and trusting, a Pisces is usually the type of person who will do anything for a friend or a partner. Consequently, they will completely shun anyone who forgets their birthday or anniversary.

No matter what someone’s star sign is, it’s important for them to remember everyone is terrible in their own way. Those who may be disheartened by their own negative traits should remember the good news: as long as the moon has complete control of people’s actions and behaviors, nobody needs to hold themselves accountable for anything they do.

Elena Waldman can be reached at entertainment@collegian.com and on Twitter @WaldmanElena.