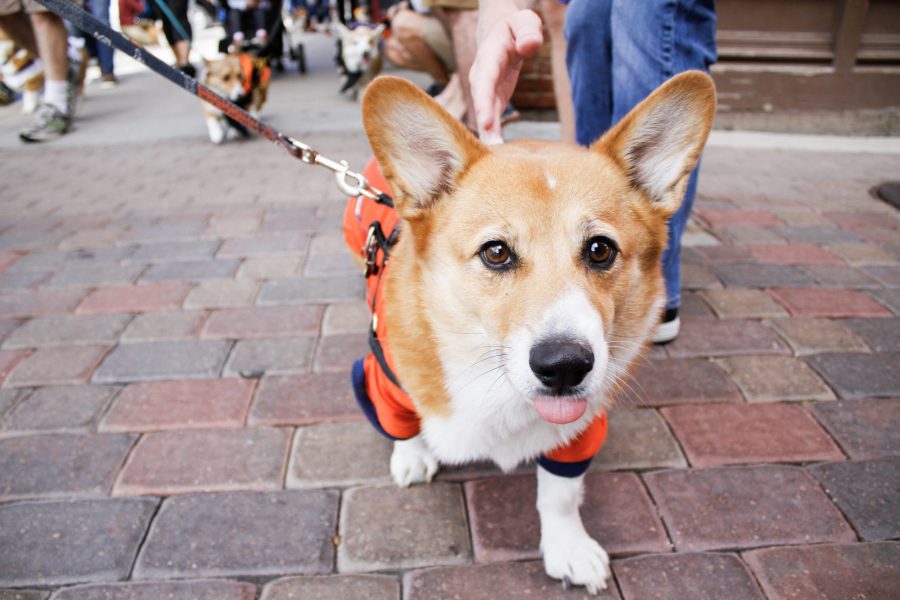 Every dog has its day, and Fort Collins’ fourth annual Tour de Corgi was a chance for a whole breed to stand in the spotlight.

The morning was cold in Civic Center Park, though as the dogs gathered it was hard not to feel one’s heart being warmed. Some dressed up and others came sans costume, but they all milled around and played with one another.

Barking was the constant soundtrack to the day, perfectly accentuated and accompanied by tracks played over loudspeaker like “Low Rider” and “Bad to the Bone.”

The Tour de Corgi took place Sept. 29, beginning officially at 10 a.m. and continuing on into the afternoon. The parade began at noon as the clock tower chimed – eliciting a round of barks from the attendees – and passed through Old Town, treating people who may not have been aware of the event to a nice surprise.

Several booths at the event offered dog-based merchandise as well as opportunities to donate to good causes. A non-profit group to whom a portion of the wristband purchases went, 4 Paws Pet Pantry, were excited about the event and its fundraising potential.

“We help keep pets in homes – we help disabled veterans and homeless people,” said April Castillo, founder of the pantry and dog groomer at Fort Collins’ Spa 4 Paws. “We make packs of food and distribute them out through the community. We help college students, all struggling. Everyone needs a companion pet, we feel like nobody should have to go without.”

Fort Collins corgis in costume, as well as their owners, signed up for a costume contest, categories included “cutest couple,” “completely creative,” and “greatest group.” the dogs took the stage and were judged by a panel of experts. Colorado State Representative Joann Ginal and Fort Collins City Councilmember Ross Cunniff sat at the judge’s table, their critical eyes ready to declare the winners of the contest.

Often, the owners would dress up as well to match their cute canines, but the dogs were undeniably the stars of the show.

Winners were treated to a gift basket full of treats for their champions. In between rounds, the announcer would make dog puns. Though bad, they set the atmosphere quite well.

‘Why are corgi jokes not very good? Because they’re too short!’ Without any time for the audience to groan or laugh, the next ‘joke’ was queued up. “What’s a corgi’s favorite button on the remote control? The paws button!”

Though it may seem like the purpose of the parade was to socialize and gaze upon the majesty of corgis, these little dogs were doing their best to do good in the world. There’s no doubt that they were indeed good boys.