Review- Portugal. The Man, The Myth, The Legend 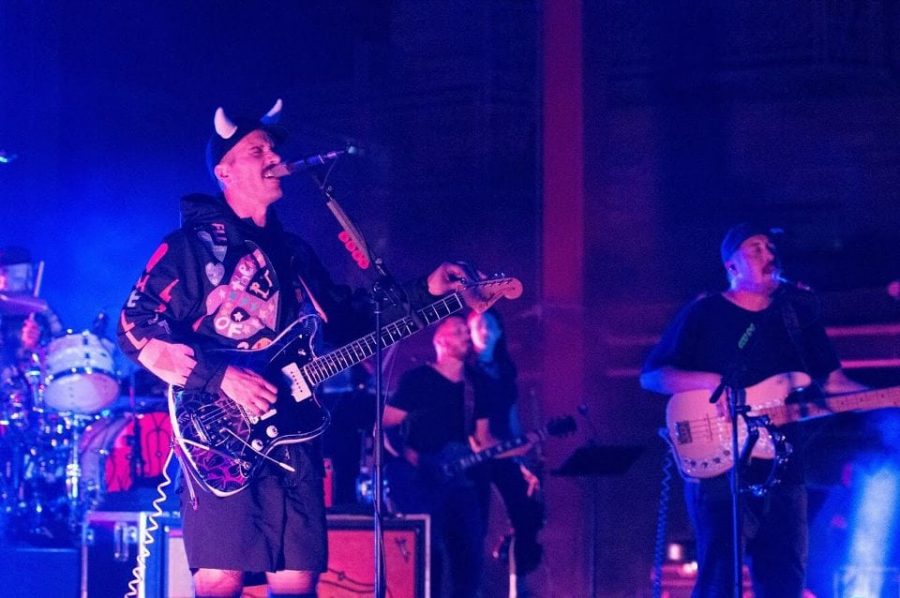 Portugal. The Man, a pop rock group from Alaska, has climbed mountains since the release of their first album, Waiter: “You Vultures!” in 2006. Their sixth show at Red Rocks Amphitheatre on Wednesday, Aug. 8 was sold out and packed to the brim with passionate fans of all ages. The show opener, a younger psychedelic rock band called Thee Oh Sees, also brought upbeat energy to the venue with their improvisation garage band sound.

Before their set began, bass player Zachary Carothers introduced Walt Pourier and his two daughters with the Stronghold Society to discuss the importance of utilizing Native land to improve the future of humanity. Red Rocks was developed on Native land, which is why the band felt that it was important to start the show off by educating people on how important it is to create a future where everyone can respect and prioritize Mother Earth. They referred to our time as the “Age of Daughters,” meaning that in order to fully create a positive future and heal the Earth, we must embrace the power of women. The introduction was educational and showcased the band’s dedication to respecting our planet and creating equality for everyone.

After the introduction, Portugal’s set opened with Purple Yellow Red & Blue, one of their most popular songs which instantly sparked energy in the audience that was consistent throughout the entire show. Colorful laser lights and psychedelic videos on stage only added to the stunning theatrics. The entire set was filled with vibrant songs, one after the other, each bringing its own unique sound and zest to the stage.

The date also happened to be guitarist Eric Howk’s 37th birthday, to which the entire audience sang happy birthday. They sang their last song shortly after but were prompted by endless cheering from the audience to come out for an encore. The finale, “Sleep Forever” off of their 2011 album In The Mountain In The Cloud, was performed with complete and absolute passion, but peaked when it transitioned at the end into “Hey Jude” by The Beatles. What was left of the crowd sang along at the top of their lungs, sending chills throughout the entire stadium.

The show ended at around 11 p.m., sending fans home satisfied by the incredible experience yet anxiously anticipating the next.