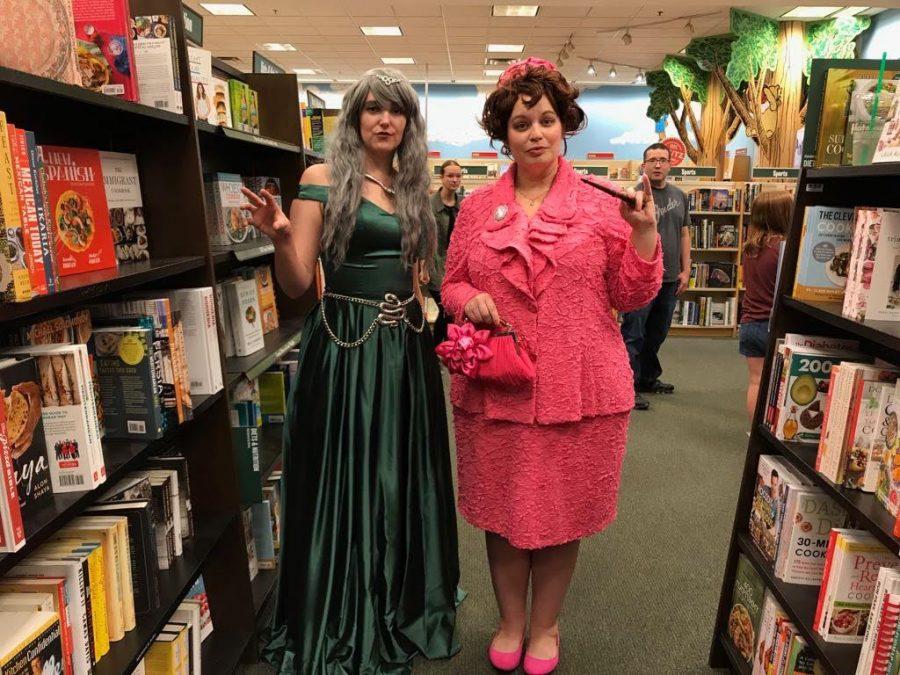 The charm of Harry Potter and Star Wars is that it can be enjoyed without the realization of a generation gap. What once our parents enjoyed in their youth, can be relished still in this modern age.

Barnes & Noble in collaboration with Fort Collins Comic-Con hosted The Harry Potter Party on this past week, a three-hour long treat for fans ranging all across the age scale. The event consisted of trivia, cosplay, a scavenger hunt and wand making.

In the spirit of both work and play, Barnes & Noble donated a portion of the night’s sales to Fort Collins Comic-Con. The event was entirely free, and fans could bring home handmade wands and LEGO trains.

This was not an event exclusively for young adults, but for whole families as well. The fans ranged from all age groups.

“Because I’ve been watching Harry Potter since the day I could remember, there is something about magic that I can instantly connect to,” said Akankhya Ashavari, a 19-year-old fan and a student at CSU. “The excitement level of toddlers was equal to the old chaps. In certain cases, the elderly were more fervent than the tiny-tots.”

According to their website, Fort Collins Comic-Con is the mecca of ‘geeks, gamers, writers, fans, cos-players and pop-culture enthusiasts’ and is a volunteer-based group dedicated to bringing the full convention experience to a small-scale event. These volunteers range from fans of Harry Potter to regular volunteers of Fort Collins society.

There are future volunteer involvement opportunities available with Fort Collins Comic-Con. This is a place where you can attend cool events while gaining volunteer experience for a resume.

Editor’s note: Quotes from a previous version of this article were removed for concerns that the quotes were incorrect and fabricated. The Collegian regrets the error.

Collegian reporter Babin Dinda can be reached at entertainment@collegian.com and on Twitter @Babin39443894.