The Rocky Mountain Collegian • May 2, 2018 • https://collegian.com/articles/aande/2018/05/the-new-backyard-bird-food-truck-stands-out-as-for-its-master-chefs-take-on-fried-chicken/ 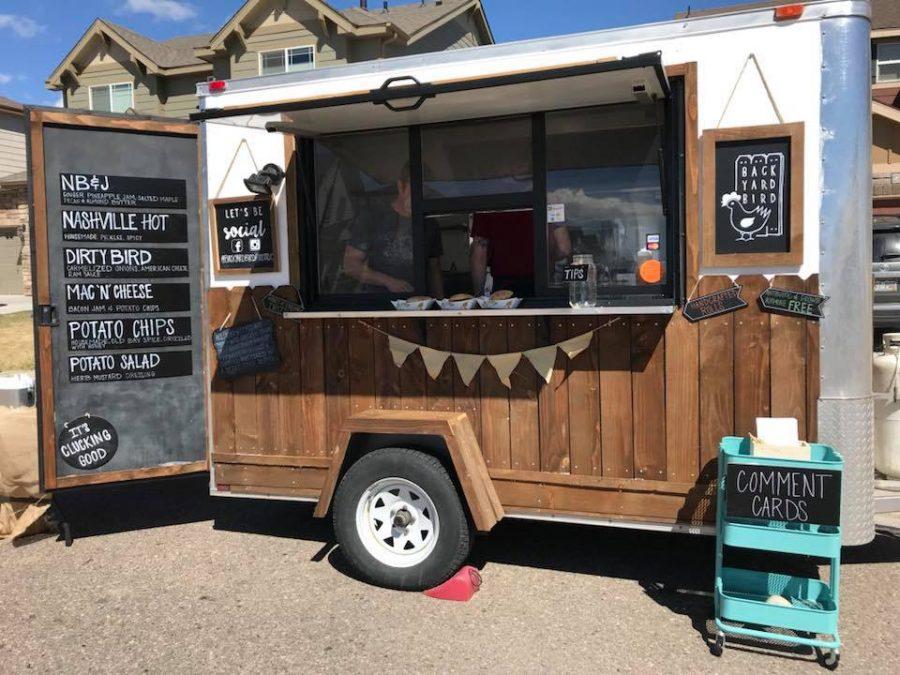 The Backyard Bird on its inaugural day. (Matt Smith | Collegian)

The fried chicken sandwich is a classic that is difficult to improve upon. Taking up the challenge is the Backyard Bird food truck, with master chef Matt Smith at the helm.

“There’s a way to do this really, really well,” Smith said. “It just takes a little bit of effort.”

From training at Le Cordon Bleu in Paris to working in Michelin-starred restaurants around the world, Smith is now executive chef at Door 222 in Loveland. After being a chef for hire for 20 years, Smith is about done working for the man.

“A lot of what I do, I have to rely on other people,” Smith said. “It has its pros and cons, but at the same time I just want to be able to cook.”

Smith’s approach to fried chicken turns the old-fashioned classic into a gourmet delicacy. Organic, antibiotic-free chickens are brined for a full day before marinating in yogurt and batter that is fried twice.

Chicken sandwich variations include a take on PB&J with maple pecan and almond butter and ginger pineapple jam. The “Dirty Bird” has caramelized onions and American cheese.

I’ve done quite a bit, but always working for the man. This is my first venture doing my own thing.” Matt Smith, chef and owner of Backyard Bird food truck

Smith is as ambitious as he is creative in the kitchen. Despite having only a single trial run a couple weeks ago under its belt, the Backyard Bird is already booked to appear at several breweries and events.

The truck will be at WeldWerks Brewing in Greeley every Sunday and Windsor’s Mashlab on Thursdays. Starting May 15 through September, the Backyard Bird will make appearances at the weekly FoCo Food Truck Rally.

All the while, Smith keeps his job at Door 222 and is even planning to open a full brick-and-mortar restaurant next year.

“I’m trying to find that line of getting the food truck out there, but at the same time not trying to kill myself in the process,” Smith said.

This future restaurant, a long-held dream of Smith’s, is his true endgame. The food truck is the vehicle, in both uses of the word, to get the message out while testing different recipes. The planned Windsor establishment will “be an actual farm and restaurant and event center,” Smith said.

More information on Chef Matt and the Backyard Bird can be found on Facebook and on Instagram @backyardbirdfoodtruck.

Collegian reporter Matthew Smith can be reached at entertainment@collegian.com and on Twitter @latvatalo.