The Rocky Mountain Collegian • May 6, 2018 • https://collegian.com/articles/aande/2018/05/hayley-kiyoko-wows-fans-at-summit-music-hall-with-an-interactive-performance/ 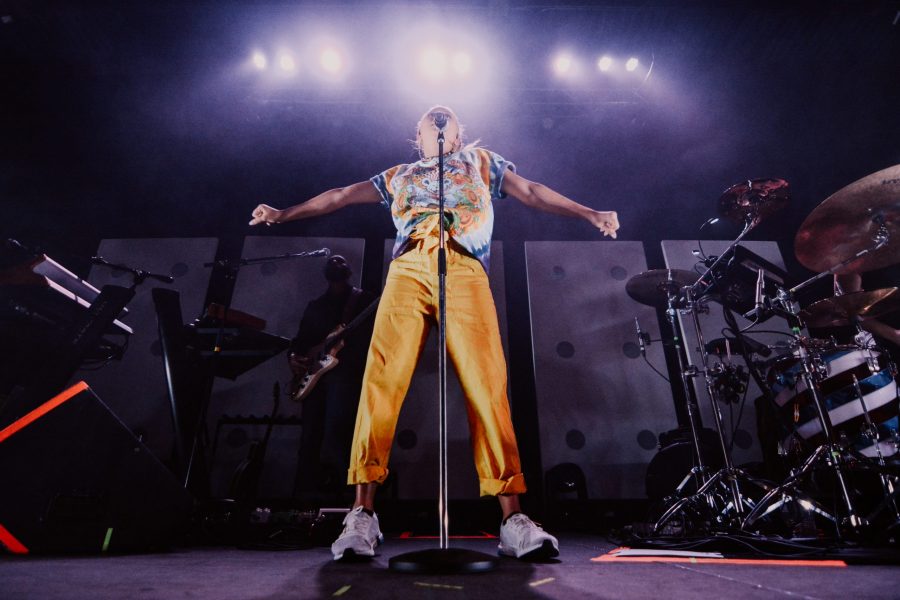 Kiyoko was placed on Rolling Stone’s 2017 list of “10 Artists You Need To Know,” and has received further praise from Noisey, Refinery 29, Teen Vogue, Paper Mag, Huffington Post, and many others. Kioyoko’s EP “Citrine” cracked over eight million listens on Spotify Streams, and her self-directed videos cumulatively generated over 144 million views in under two years. In the midst of all of this, Kiyoko worked on a number of film and television series including CSI: Cyber, Insecure and Five Points.

As the doors of Summit Music Hall opened and people flooded in. Fans were wrapped around the entire venue in anticipation for Kiyoko.

English-born Australian musician Jess Kent opened for Kiyoko. Kent’s interaction with the crowd was very active and as she put on a very high energy performance to get fans ready for Kioyoko.

As Kent left the stage and her crew began switching sets, fans waited silently and peaked at the back curtain where you could occasionally see glimpses of what seemed to look like Kiyoko getting ready to get on stage.

As Kiyoko ran on stage, fans roared throughout the venue.

Kiyoko sang a number of her most popular songs off her latest album release, “Expectations,” from earlier this year. She gave her fans an exuberant performance, moving all over the stage dancing. Occasionally in-between songs, Kioyoko spoke about love experiences she has faced with her fans.

Throughout her set, Kiyoko maintained a very high energy and interaction with the crowd. Towards the end of the night, fans began throwing underwear on stage and at Kioyoko herself.

Kiyoko is continuing in the United States with her tour, which can be viewed here.

Collegian Photographer Colin Shepherd can be reached online at cshepherd@collegian.com or on Twitter at @cshephrd