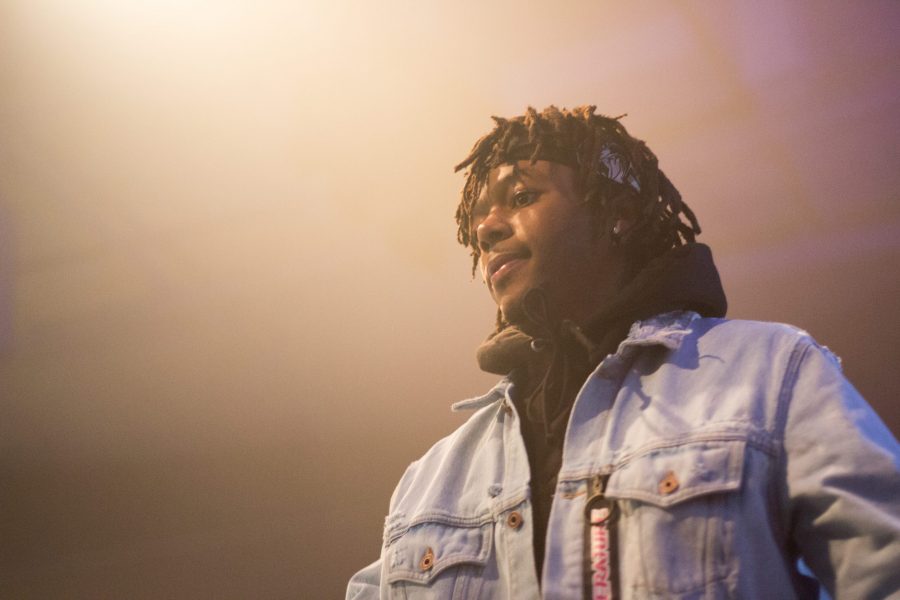 The United Men of Color’s seventh annual Clash of the Titans tournament was an another level this year.

On Saturday at 6 p.m. at the Lory Student Center Theatre, eight contestants competed in a single elimination rap battle tournament to determine who was the best rapper at CSU. These eight contestants included Type1ne, Yeshua Canon, VIP, Mad Dog, FocoMofo, Dre B, Fonzilla and Royell. The show was hosted by CSU student, Khalil Perkins.

Every match was broken down into two parts. Each part had contestants freestyle over a beat provided by DJ Machadellic for 40 seconds each except for the final match which allowed one 60 second freestyle per person. After both contestants went through their disses, it was up to the three judges to determine the winner. The three judges were local hip-hop experts Poetik Genius, Jay Triiiple and JB. Whoever was chosen as the winner would move on to the next round while the other was eliminated.

In collaboration with United Men of Color, Clash of the Titans sponsors included ASCSU, Bohemian Foundation, the NAK fraternity and Dreamville Records.

Various singers and rappers including Kent Washington, Jay Triiiple, Trayce Chapman, DNA Picasso, MTG, Shaun Mercier, Fa$tlife, Mia and Shyann Lee  performed throughout the event in between rounds. All of the performances lead up to the night’s big headliner, J.I.D who is signed to J. Cole’s record label, Dreamville Records.

Event coordinator, Kent Washington, said this year was the most he has ever looked forward to Clash of the Titans.

I think this was the greatest Clash of the Titans so far,” Kent Washington, event organizer

“This one is undoubtedly the biggest Clash of the Titans to date in terms of attendance and hype. For  J.I.D to attend and for him to be signed to J. Cole who is at such a superstar magnitude, it draws a lot of his fanbase to here which increases everyone’s overall experience.”

The overall winner of the tournament was a veteran contender named Type1ne who was happy to have been invited back.

“I thought it went well,” Type1ne said. “I don’t think it’s the best I’ve ever done for sure, but I always love coming to these events as far as competition-wise. I love the fact that they do this especially since there aren’t a lot of hip-hop events or community stuff for the school in general. I think the fact that they have continually gotten to put this on and not only get a sold out show, but also expose everyone to hip-hop culture is really awesome and really important for north Colorado moving forward.”

Coming in second place was Royell who was disappointed with the results but enjoyed the experience nonetheless.

“It was smooth by all means,” Royell said. “It gives people a better understanding of hip-hop, but they got a long way to go. Other than that, it was a cool crowd.”

Washington was also proud of how the event turned out.

“I think this was the greatest Clash of the Titans so far,” Washington said. “I think the amount of positive energy and diversity is just a beautiful thing. And I think J.I.D had an amazing performance. It was awesome. On all cylinders, it was stressful, but it was a great show.”

Correction: A former version of this article referred to Mad Dog and Royale. These names are actually spelled Mad-Dog and Royell. 4/2/18