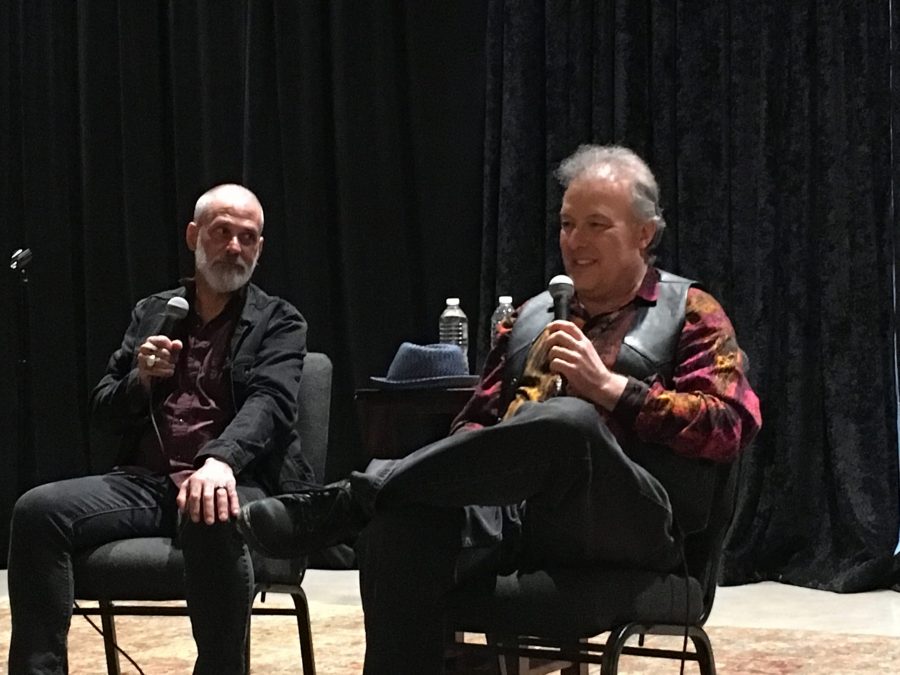 At the event hosted by Scotty Van Tatenhove, Board of Directors/Education Director for the Fort Collins Musicians Association, Biafra and Alvarez discussed a variety topics including each bands’ respective beginnings, censorship and President Donald Trump. Towards the end of the discussion, audience members were allowed to pose questions for the musicians.

“I am a First Amendment fundamentalist,” Biafra said. “I believe that the best answer to bad speech is better speech.”

There were no illusions as to what would be discussed at this event, and even FoCoMX cofounder, Greta Cornett, was unaware of what the presentation would be about.

“That’s the best part about Jello, we had no idea (what he would be talking about),” she said. “But whichever way it goes, we would be happy.”

A bulk of the discussion was dedicated towards Biafra describing his experiences during the infamous “Frankenchrist” obscenity trial, in which a poster containing sexually explicit images courtesy of H.R. Giger was included with the Dead Kennedys’ third album. The Parent’s Music Resource Council opposed the material and attempted to charge Biafra with “distributing harmful material to a minor.” However, all charges would later be dropped.

Biafra and Alvarez both spent a good portion of their lives in Boulder, Colorado before moving to California to pursue their music careers. Alvarez even opened for the Dead Kennedys at one point in time. While Biafra admits his musical influences were not necessarily rooted in Colorado, he did acquire many of his musical tastes here.

“Basically just all the music I picked up over the years when I was growing up, I did it here cause I grew up in Boulder,” he said. “It might not have been native Colorado music, it’s just what I found.”

Biafra and Alvarez also touched on the recent increased prevalence of alt-right nationalism. Despite Biafra’s disagreement with their ideologies, he says he still supports the group’s rights to express their views.

“I am a first amendment fundamentalist,” Biafra said. “I believe that the best answer to bad speech is better speech.”