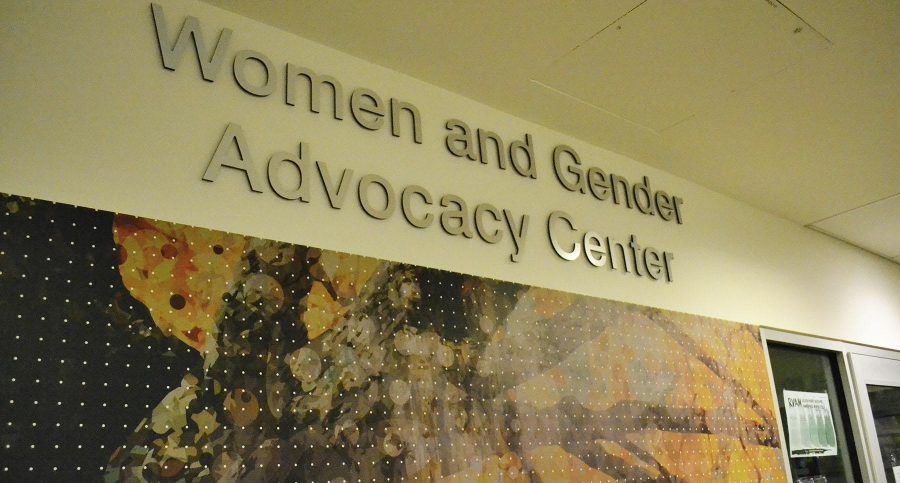 WGAC's lettering is accompanied with art that welcomes student outside of their office in the LSC next to the LGBT office.

A photo can tell a powerful story, and in this case, it is a story of survival.

The project aims to create a space for the survivors to tell their story in a way that they choose. Viewers of the gallery will see photographs and written pieces by the survivors, a way to promote healing through art and storytelling while reducing stigmas about this type of abuse.

This gallery will portray resiliency and healing as well as being a type of representation to survivors who have not told their story, or have and were not believed, Breslin said.

Breslin says self-care was important during the project, as she wanted to come from a place of love and support for the survivors she was working with.

“I think the survivors had to work on their own self-care because telling and reliving their story is not easy,” Breslin said. “I really hope that people will learn to believe survivors and that there is no shame in being a survivor of interpersonal violence. These survivors have gone through a lot, and I hope the CSU community understands that these stories are a gift.”

More information about Sexual Assault Awareness month can be found at wgac.colostate.edu.