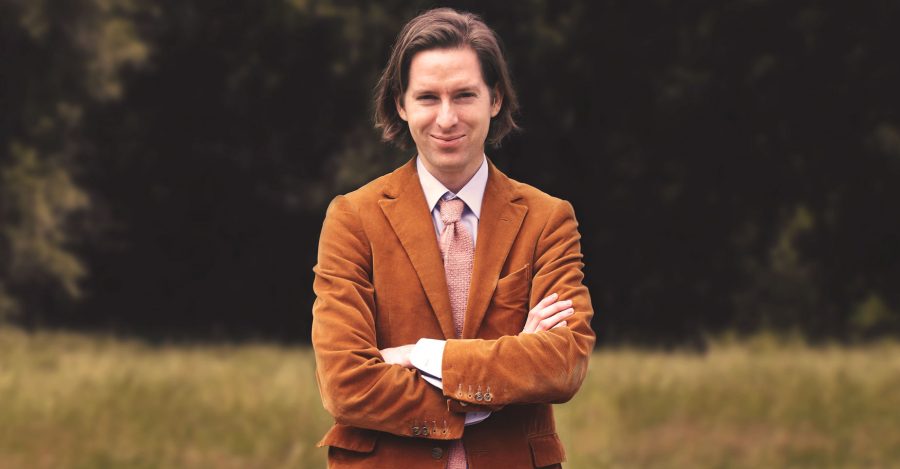 With his latest movie certified “fresh” on Rotten Tomatoes, Wes Anderson has created yet another aesthetically pleasing film.

Anderson is a director known for his unique style and recognizable actors, still present through voice acting in his most recent film, “Isle of Dogs.” Although with some complaints of cultural sensitivity, according to the Los Angeles Times, the movie is well received by most of his audience.

In light of the recent release, which will hit Fort Collins theatre April 13, Colorado State University film professors weighed in on their favorite Anderson film and what stylistic aspects of his films they most appreciate.

Stylistically, Wes Anderson has a very strong signature, and that’s clear in “Moonrise Kingdom.” We could talk about centered compositions, bright, tightly-controlled colors, and the handcrafted feel of his mise-en-scene, for example. That said, while Anderson often uses music thoughtfully, “Moonrise Kingdom” probably represents his most sophisticated use of sound.

The film begins with children—including Suzy, one of the protagonists—listening to “The Young Person’s guide to Orchestra” on a portable record player. In ways I don’t want to spoil, the musical piece—which playfully demonstrates how various instruments work together to comprise an orchestra—sets up the forward movement of the film’s narrative. Later, the child’s opera “Noye’s Fludde,” by the same composer, Benjamin Britton, accompanies both the budding romance between the two protagonists and the climax of the film.

In short, the film’s score takes children as seriously and sincerely as the rest of the film. And that might be what ultimately endears the film to me. Whereas strict formalism sometimes overshadows narrative in other Anderson films, “Moonrise Kingdom” never loses sight of the rich and complicated inner lives and relationships of children, which forms the heart of the film.

Everyone should see this movie! –Kit Hughes, assistant professor of media and visual culture

Some of Anderson’s films are set in otherworldly or exotic places. “The Royal Tenenbaums” is set in Manhattan, the only Anderson film shot in New York City. The film’s main setting, the Tenenbaum house, was location shot in Harlem. Still, the film looks as idiosyncratic and stylized as other Anderson films. Anderson created a unique, timeless look which mixes fashions and sets of different time periods. His New York looks entirely different from New York in Woody Allen’s and Martin Scorsese’s films.

I would like to recommend “The Royal Tenenbaums” to young women. This is the most female-friendly Anderson film in my opinion. –Hye Seung Chung, associate professor of film and media studies

‘Isle of Dogs’ will be shown in Fort Collins starting April 13 at the Lyric.

I love the “handmade” quality of the film’s stop-motion animation, which reminds me of recent productions like Tim Burton’s “The Nightmare Before Christmas” and Aardman Animations’ Wallace and Gromit shorts, and even harkens back to classic German and French films such as the 1926 “The Adventures of Prince Achmed” and the 1937 “The Tale of the Fox.” But despite those influences, “Fantastic Mr. Fox” is wholly an Anderson film, replete with all of the themes and stylistic quirks, for which this indie auteur is both celebrated and lovingly parodied.

Although it has many of the formal hallmarks of other Wes Anderson films, including centered framings, prop-laden mise-en-scène and an ensemble cast of familiar faces, or, in this case, voices, “Fantastic Mr. Fox” is distinctive because of the filmmaker’s chosen medium: stop-motion animation. Unlike his live-action films, this ingeniously conceived production bears the literal and figurative “fingerprints” of the writer-director, as if the characters are as much an extension of his own body and mind as they are the creations of Roald Dahl.

I’d recommend Fantastic Mr. Fox to anyone who argues that cinematic adaptations are artistically “less than”—or “secondary” compared to—the books upon which they are based. With all due respect to the late Mr. Dahl, his 1970 novel only hints at the emotional profundity and stylistic dynamism so abundant within Anderson’s zany yet deeply moving film. –David Scott Diffrient, professor of film and media studies