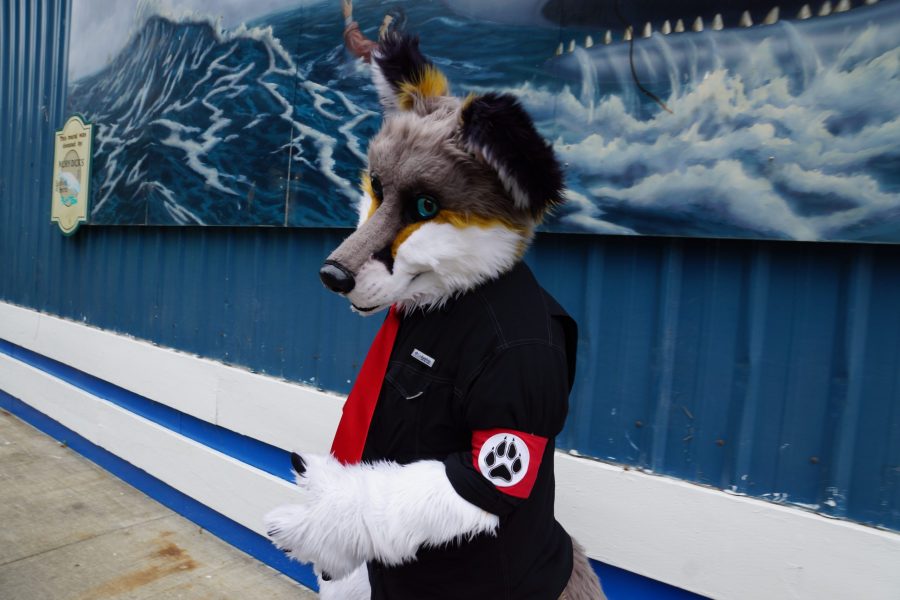 Editor’s Note: Some subjects who are quoted in this article are anonymous for privacy and safety concerns.

Being a member of the furry community comes with automatic stereotypes of sexual deviancy and social isolation. Recent accusations of ties to the alt-right are making things worse.

Furries are people who have an affinity for animals with physical human traits like bipedalism and body structure. Members of this subculture typically create fursonas for themselves, which are essentially alternate personas in the form of an animal. These fursonas can be expressed through art, digital avatars or life-size fursuits that can cost up to several thousand dollars.

In 2017, the Fort Collins furry community was brought under a microscope from national publications like “Rolling Stone” and “Vice” due to alleged connections between a local furry social group known as the Furry Raiders and the alt-right movement.

Fort Collins resident, Lee Miller, who also goes by the fursona Foxler Nightfire, is the leader of the Furry Raiders. Miller is a controversial figure in the furry community, even warranting his own page on WikiFur, a furry’s version of Wikipedia.

“There is NO proof that Foxler is racist or is actually a nazi. He’s just a furry trying to enjoy being furry!” 🙃 pic.twitter.com/Goo7HptisT

Allegations against Miller began in 2016 when he started wearing a red armband with a black paw in the center with his fursona. For some, it strongly resembled the same armbands worn by the Nazis during WWII. Some also considered Miller’s tweet to Richard Spencer, the founder of the white supremacist National Policy Institute, as another indication of Miller’s connection to the alt-right.

@RichardBSpencer I want to exist Mr. Spencer, I need place to be a furry and be myself as Foxler without all this hate. pic.twitter.com/hy588eSZNC

Despite allegations, Miller denies any political affiliation with the alt-right.

“The Furry Raiders, as a group, the administration team does not have any connections with alt-right or neo-Nazi,” Miller said. “Now I cannot say that every member is perfect. I do not ask everybody, ‘Oh, what’s your political leaning?’ … Overall, the group is very apolitical. We’re more interested in anthropomorphics. We’re obsessed with that, so we try to stick with it.”

Looking back on the situation now, Miller said he still sees the allegations as being blown out of proportion.

“At the end of the day, when you’re in a furry world where everything is fantasy based, this character, Foxler only exists as much as I make it exist,” Miller said. “It shouldn’t have that much significant meaning. …With the political climate, it was just kind of the wrong time.”

Miller was also accused of bestiality after blogging about a puppy online, and he was accused of child grooming when he was dating a 17-year-old. A Facebook post condemning the relationship was made public, sparking the accusations.

In response to the allegations of bestiality, Miller has publicly denied any participation.

“When it comes to the claims of bestiality, it was a lot of stuff that was taken out of context from my LiveJournal a decade and a half ago,” Miller said. “I was just writing a bunch of random stuff, and I made some comments about my dog kissing my face. I just got a new husky puppy, and it was licking my face and I wrote a LiveJournal about that. And that pretty much led me into that category.”

At the end of the day, when you’re in a furry world where everything is fantasy based, this character, Foxler only exists as much as I make it exist.” – Lee Miller, leader of Furry Raiders

Miller said the Furry Raiders originally began as a group of friends who met through the online virtual world, “Second Life.” These online interactions eventually spread to in-person activities such as skiing and snowmobiling. Currently, the group size has expanded to 600 online members, some of whom live in Chile, Honduras and various European countries. A good portion live in the Colorado area, however.

Because of increased internet access, the subculture has exploded in recent years according to a 2017 article from Inverse. While there is not an exact number of self-identified furries currently living in the United States, the data shows some of the most popular furry conventions can attract over 7,000 attendees.

One Fort Collins resident who wishes to be referred to by his fursona, Embers, discovered the fandom during his adolescence.

“(I began to identify as a furry) around 2006, when I was just entering high school,” Embers said. “That was when I inadvertently learned about furries and figured out what I was. However, I didn’t really dive into the community until my senior year of high school and college.”

Another resident involved in the community who wished to be referred to as Zander, his fursona, said he was attracted to the subculture because he saw it as a form of self-expression.

“(It) was the chance to express myself in a different way or maybe a chance to have an ‘ideal’ me,” Zander said. “I see my ‘sona as myself but different. Usually whatever qualities I’m striving for to better myself as a human.”

The Furry Raiders, as a group, the administration team does not have any connections with alt-right or Neonazi.” – Lee Miller, leader of Furry Raiders

A series of bi-weekly meetings that ended in 2014 called the Front Range Furmeets were held at a local resident’s home in Fort Collins. Zander said there would be around 40 members in attendance every meeting. Currently, the meetings are on an indefinite hiatus, Embers said.

Aside from the inner-circle drama, openly expressing one’s interest in the hobby itself carries its own baggage. Even the less controversial members of the subculture face judgement from outsiders, sources said. In one instance, Zander said he overheard a conversation between two women before a chemistry test.

“I quickly realized they were bashing a furry they had in lab,” Zander said. “They saw his phone background was his fursona and proceeded to make all sorts of disgusting comments, making fun of furries and his appearance. … They didn’t even know the person standing behind them was me, the boyfriend of the person they were talking about.”

Often times, members are labeled as sexual deviants by the public, but many members say the hobby goes beyond just sex.

“The largest misconception about being involved is that it’s all about sex, or sexual in nature: a fetish,” Embers said. “Being a furry is all about embracing this furry alter ego and having an interest in anthros. The reality is that furry has a sexual side because sex itself is a part of human nature, and when you’ve got a number of men and women who have a desire to sexually express themselves it’s going to happen.”

Despite the controversies surrounding the group and Miller, members of the Raiders are willing to defend their organization. Flare Tigersnow, another member of the Raiders who wished to remain anonymous, said the portrayal of the group is entirely inaccurate.

“I do feel that the Raiders have been misrepresented,” Tigersnow said. “You’ll hear that they are a neo-Nazi group, which isn’t true. I’ve yet to come across that kind of activity within the community. I think that it was misrepresented because of the armband Foxler wears, which was blown way out of proportion.”

Editor’s Note: This article has been updated with more information regarding allegations that Lee Miller affiliates with the alt-right as well as a removal of a subject’s real name due to privacy concerns.