CSU students to perform at electronic art festival, explore the visualization of sound 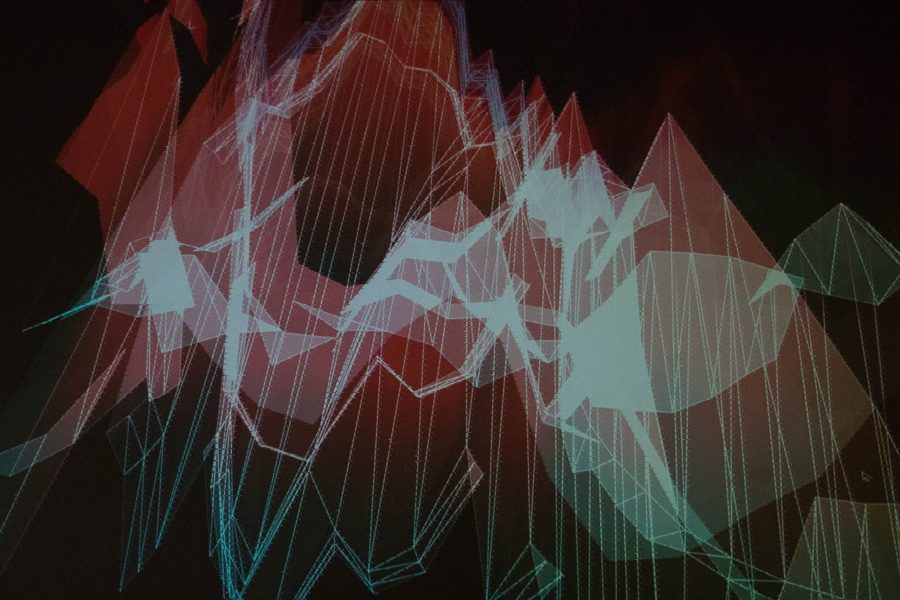 Editors note: Christian Johnson, one of the performing artists, was previously employed as a photographer for the Rocky Mountain Collegian.

Four students in an electronic art class will perform at the Lafyette Electronic Art Festival on Friday, April 27 at 7 p.m. The students taking Installation and Sonic Art have created a collaborative art performance using various electronic sounds and instruments that explore the visualization of sound.

LEAF was created by David Fodel, a Colorado-based media artist, in efforts to educate the public about new electronic forms of art making, as well as the collaboration of sound, media and video. Although this festival has only been around for a couple of years, the artists who perform or showcase their work are well respected in the art community.

“Part of the reason that they’re a part of the festival is that (Fodel) saw potential in them and wanted to give them an opportunity to show what they were doing, not just for a grade in class, but to show their work to the public as a relative cultural statement,” said Jason Bernagozzi, an assistant professor of electronic art who instructs Installation and Sonic Art.

The art is an improvised performance of the interactions of a drum, a synthesizer, a computer program that mimics a synthesizer and video game controls. A visual representation is created in response to the improvised music. Throughout the programming and practicing, the students learned how to collaborate their sounds together to create something melodious and unique.

“I hope they sort of get beyond the idea of equating sound art to music,” said Morgan Jones, a senior studying art. “I think our thing is still pretty musically based, so people can still be comfortable with it, but a lot of elements are not traditional in that sense. So people can be off put by it, but hopefully they’re still accepting.”

They’ve done some pretty significant things over the past semester that really lead to my decision to push them beyond the assignment.” – Jason Bernagozzi, assistant professor of electronic art, instructs Installation and Sonic Art

One of the more difficult parts of the performance is the improvisation. Because most of the members don’t have backgrounds in sound or music performance, the improvisation aspect was rough at first. As the rehearsals progressed, they further learned how each individuals’ music interacted with the rest.

“I think it’s cool to learn how to problem solve with a group and like learn how to work with each other, even if it is something you’re not really interested in, or aren’t very savvy with,” said Lexi Caron, a junior studying art. “It’s been really interesting to learn about it though because sound is so crucial in film and everything like that.”

At first for this project, the group wasn’t going to incorporate visuals, but Christian Johnson, a junior studying art who also focuses on photography, felt like the visuals would be an important aspect of the piece because of his background in visual art.

“As a photographer and an artist, I felt like the visuals were needed,” Johnson said. “I learned how to program in a new programming language, and I do want to do more interactive installations as well as photography in the future.”

One of the more interesting instruments used in this performance are nostalgic video game controllers, which went out of fashion once people got into new digital media and programming.

“I’m trying to harken back to that style of music production and creation, and along with that I thought ‘what’s another thing that influences me?’ and that’s video games,” Jones said. “So going back in time with the controllers and having a nostalgic feel of old consoles and the simplicity of them was important to me.”

With his students starting from minimal experience working with sound and electronic art in this form to performing at a well respected festival, Bernagozzi is very proud of the work his four students have done

“It’s kind of a big deal, and I don’t know if they understand it’s a big deal yet, but it is a big deal that a professor would actually put his name out there and really vouch for them, and bring this big curator in to look at their work,” Bernagozzi said. “They’ve done some pretty significant things over the past semester that really lead to my decision to push them beyond the assignment.”