ACT Film Festival: ‘Minding The Gap’ is an ambitious, haunting look at generations of familial dysfunction 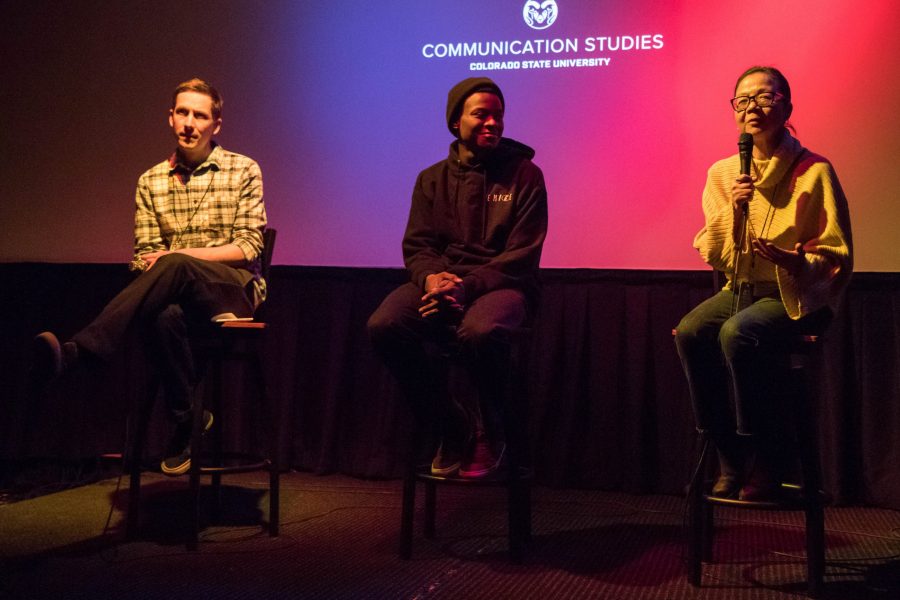 Skateboarding as a release. Dysfunctional families. Identity. These were the subjects that Bing Liu’s documentary, “Minding The Gap” addressed.

An ambitious effort, the documentary strove to weave these themes together, while exploring the friendship forged by three young men over skateboarding. And it was a generally strong effort, replete with pathos.

Directed by Liu, and produced by Liu and Diane Quon, the movie was screened at The Lyric Cinema in Fort Collins. The movie was shown as part of ACT’s Human Rights Film Festival.

The movie’s subjects are Liu himself, along with friends Zack Mulligan and Keire Johnson. The movie opens on a note of release and possibility. We see Mulligan and Johnson on their skateboards, deftly maneuvering the streets and corners of economically depressed Rockford, Illinois. Full of good-natured banter, the friends clearly relish their experience.

All too quickly, it becomes clear that skateboarding is a segue into the real story, which is the friends’ struggles. The film constantly shifts point of view, perhaps a little too quickly, allowing the characters to reveal their stories. Familial upheaval and a need to forge identities are at the heart of their emotional turmoil.

“Skateboarding is more of a family than my family,” one of the characters says. “We formed a family because no one was looking out for us.”

Liu and Johnson both describe experiencing beatings at the hands of a stepfather and father respectively. Mulligan describes coming from a rigid, conservative family.

“They were pushing me into this mold of what they thought was a good person,” Mulligan says. On top of that, his mother left when he was two, adding another layer of emotional complication.

The movie’s strength is studying how familial dysfunction affects subsequent generations. Mulligan is a particular case study. Mulligan already has a child with his girlfriend Nina. Both struggle to find stability, engaging in constant fights, partly over her desire to drink and stay out late. Mulligan claims he wants to help his son succeed. Yet, Mulligan himself is struggling.

Mulligan seeks empty comfort in beer and pot-smoking sessions. In addition, he also faces allegations of domestic violence, something the movie could have addressed further. It could have tried to delve further into Mulligan’s understanding of himself, especially in relation to his family. This could have helped viewers further understand Mulligan, without condoning his behavior. This is especially glaring, considering the movie’s overall strength in exploring difficult questions. Liu himself directly confronts his mother over his stepfather in wonderful, yet awkward exchanges.

I will not give away the film’s ending, but suffice it to say, it offers hints of hope. Those expecting a neatly packaged ending will be disappointed, however. The characters all come across as three-dimensional and memorable and their stories will inevitably haunt viewers for some time to come.

If I was having a mental breakdown, I would not call my mom. I would call my friends.”-Keire Johnson, subject

The movie was followed by a question and answer session with Quon and Johnson, who were both in attendance. They addressed a number of topics. These included Quon’s previous film projects, Johnson’s impressions of seeing his life on screen, along with Johnson’s decision to move to Denver.

“Everyone seemed happy,” Johnson said of his move. “No gunshots. It seemed like a better environment for me.”

Another question concerned Johnson’s relationship with his skateboarding friends. Did he still consider them family?

Fun fact: Before he was eight, director Bung Liu moved from China, to Alabama, to California, finally ending up in Rockford, Illinois.

The answer was affirmative.

“If I was having a mental breakdown, I would not call my mom,” Johnson said. “I would call my friends.”