5 beers you should try this spring 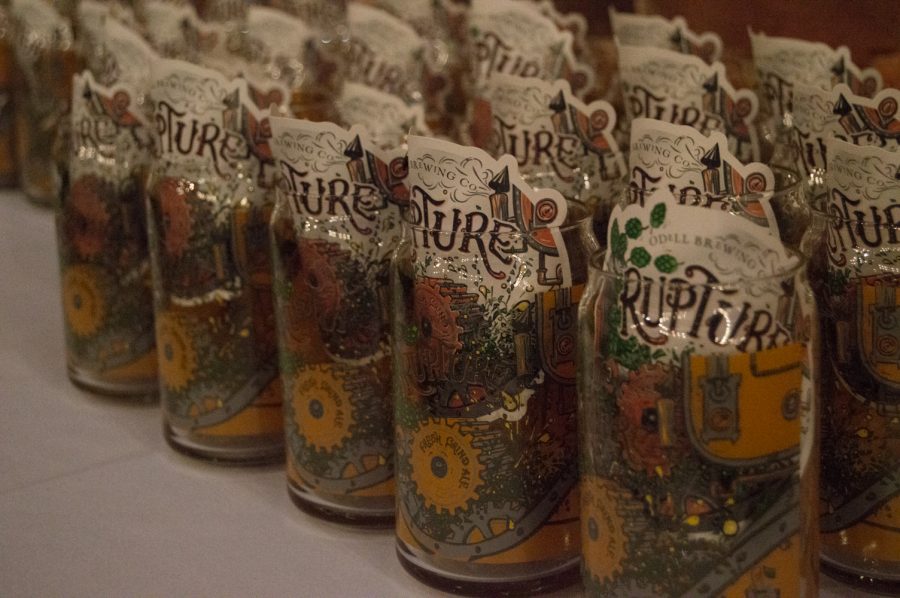 It’s time to move away from those dark isolation ales and move into light and fruity beer that’s reminiscent of spring time. Here are five beers that capture the spirit of the season:

Will Thomas, bartender at Avogadro’s Number, said Rupture has a fresh taste.

“It’s light bodied, has a smooth finish and has a slightly floral aftertaste,” Thomas said. “It’s reminiscent of an IPA, but the bitterness doesn’t linger. Usually, an IPA will hit the back of your tongue with its bitterness, but Rupture will be slightly bitter and then go down smoothly and not feel as dense.”

Juicy Watermelon is the perfect beer for a cool spring evening. The watermelon isn’t instantly tasted on the first sip, but after multiple gulps, the watermelon infused beer comes to life with fruity flavor laced with notes of wheat. Juicy is the perfect way to describe this delectable ale. The more you drink, the more developed the succulent goodness becomes.

As an American Light Ale, this beer lives up to its name.

“There is also a malty biscuit like flavor on the initial sip,” Piemonte said. “All around, this is fairly light, but jammed with flavor”

Horse and Dragon Brewery is native to Fort Collins and knows how to hit the high notes of the spring season here in northern Colorado.

This wheat beer unravels the grainy flavor and unveils the tart cherry. It’s fruity, flavorful and tender. Because it’s a wheat beer, the already easy going flavor allows the cherries brewed into the batch to let their sweetness take over and blend with the already present flavors of the wheat. This gives the beer a distinctive taste you can only find in the spring time.

Some beer lovers tend to lean towards a more hearty ale to crave their sunshine thirst quench.

“It’s not as watery as lighter beers out there,” Andress said. “It’s malty but not so much so that it’s overpowering. It’s like a nice balance of maltyness and hoppyness. It has a medium bitter flavor that is perfect for chugging on hot days.”

Collegian arts and culture reporter Evan Vicchy can be reached at entertainment@collegian.com or on Twitter @evanNOTkevin7.