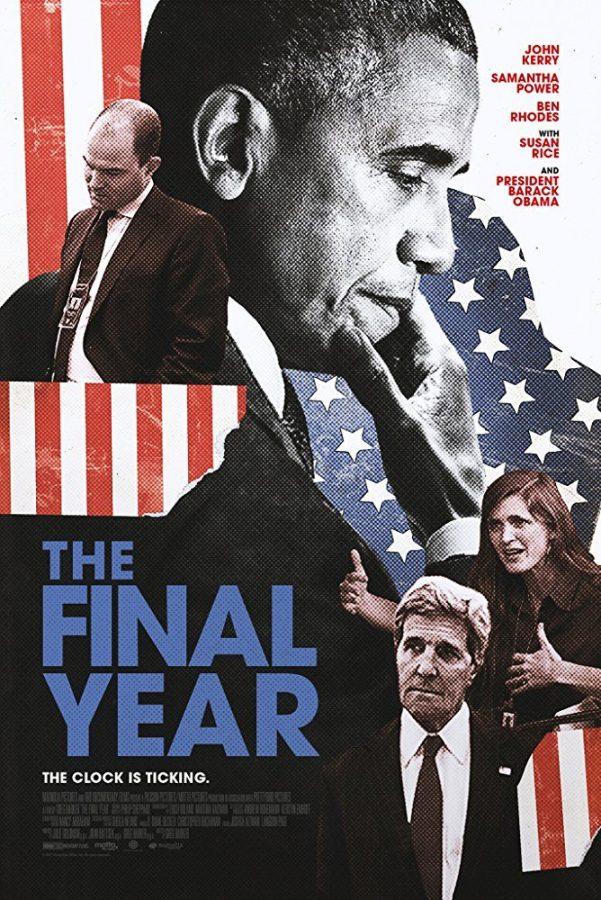 A documentary that is a swan song to the Obama years sounds like something I would watch, unfortunately this one was off key and rhythm.

For the sake of clarity, it bears mentioning that I do not particularly care for documentaries, nor have I reviewed one in the past, so what I say deserves some degree of skepticism.

“The Final Year” has a good premise as far as premises go, and in the current administration, films that feed nostalgia for the Obama years are completely welcome. Just because something is a good idea in theory does not mean it will always turn out well.

One of the issues with a documentary is that no matter how good your premise is, if real life does not give you interesting footage and material there is nothing you can do. Despite dealing with very interesting subject matter, the actual behind the scenes workings of the foreign policy team are not interesting enough to warrant a close examination. What we see is less an interesting reveal of all the strategy behind each move, and more so a simple tag-along with a long series of confessionals by the staff.

The film says it follows the team, but most of the time is spent focusing on Ben Rhodes and Samantha Power, which results in long uninterrupted segments where it is just the two giving their opinions on things and talking about their lives and experiences. As a result, the film has no kinetic energy to speak of. It also reveals no new information; everything is very tame and does not show anything the audience likely does not know from following the news on their own.

It is interesting to see a different perspective on certain subjects like Obama’s visit to Laos, his visit to Hiroshima, the Boko Haram situation, Syria, etc. But none of the footage goes in depth enough to provide any insightful or interesting information to seriously engage the audience.

The truly great moment of the whole film comes at the end when the filmmakers have a one-on-one discussion with Obama himself, where he explains his beliefs on changing times. The whole conversation really showcases how intelligent and well- spoken Obama is.

Should you watch it? No.

The film is competently made, but suffers from too broad of a focus to offer a worthwhile experience. The film is only mediocre, not bad but not good either.