Lissie plays it safe on ‘Castles’ 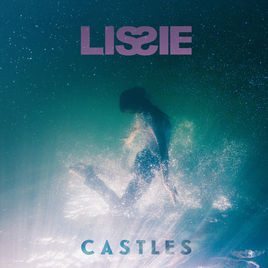 Lissie has never truly broken into the mainstream despite her best efforts.

The singer-songwriter has had a sustainable musical career with several songs cracking a million views on YouTube and having her cover of Kid Cudi’s “Pursuit of Happiness” used as a sample in Schoolboy Q and A$AP Rocky’s “Hands On The Wheel,” but has not had notable success in her genre.

Lissie has always been an interesting figure to observe musically. She usually has elements of folk and country in her music, but she also adds in influences of pop music as well. Even if the songwriting is not always on point, her strong, but natural voice always shines through. Her singing has minor flaws within its delivery, but the flaws are so minimal that they do not affect the enjoyability of her melodies. Rather, they actually give her voice a sense of humanity not seen in too many pop stars.

On “Castles,” Lissie essentially drops her country and folk roots in favor of a much more commercial direction. Not to say guitars are completely nonexistent on the album, but they are used with a much poppier sound in mind. Going commercial is not automatically the worst thing in the world for an artist; however, listening to this project feels like listening to an adult contemporary radio station for around 40 minutes, but without the diverse styles. “Castles” is similar to this type of station because they are both incredibly safe and do little to challenge the listener.

In the background of “Crazy Girl” lies an interesting groove, but Lissie’s weak falsetto on the chorus makes the song fall flat on its face. The lyrics about not wanting to leave someone despite what your peers think are so vague and generic that there is nothing compelling enough to keep my attention for the short duration of the track.

“Best Days” is an undeniable bouncy and fun single. I love how the lyrics are optimistic, but still question whether or not the best days have already passed. This is also one of the few moments where Lissie is more personal in her lyrics. On here, she talks about her journey through life including dropping out of college and moving to California.

The lowkey synths on “Boyfriend” are intoxicating to say the least. This is probably one of the slowest songs on the album, but Lissie’s haunting croon over the instrumental create a unique vibe found nowhere else on the album.

After “Boyfriend” is where the record really begins heading into its blandest territory.

“Love Blows” and “Peace” both feature interesting instrumentals. “Love Blows” has more contemporary production while “Peace” has beautiful guitar arpeggios. Unfortunately, Lissie does very little vocally to support these instrumentals. Her melodies are unoriginal and do not do the instrumentals justice.

“Sand” is a run of the mill pop rock tune with moderate energy and a formulaic structure. The instrumental does progressively crescendo into a sonically dense climax, but the melody is so uninspired and boring that there is little to celebrate about the track.

“World Away,” “Blood & Muscle” and “Meet Me in the Mystery” are all boring and forgettable piano ballads with no replay value. In fact, I’m still surprised “Blood & Muscle” was chosen as one of the lead singles considering it is one of the least memorable songs in the tracklist. “Meet Me in the Mystery” has an ending that features an instrumental that is very dense and lush, however, the performances are so lifeless that any attempt at sounding exciting seems to have been in vain.

Should you listen to it? No

I definitely recommend checking Lissie out as an artist. She has a more down-to-earth approach to folk and country music that combines contemporary styles pretty well in my opinion. However, “Castles” is an easy pass for casual fans. This record is a blatant example of going commercial in the safest way possible. She takes little risks which is a shame considering how much raw talent is at her disposal.