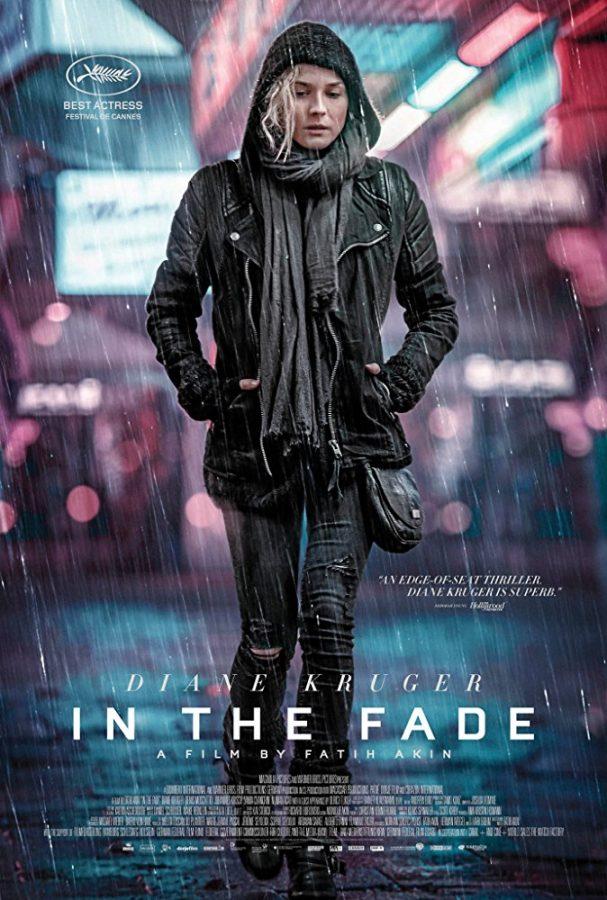 One of the greatest reliefs a person can experience in a trying time is the knowledge that they are not alone in their experiences, that many other people are in fact feeling just as saddened and frustrated.

We as Americans usually narrow our focus of what is important to only those problems facing America, easily forgetting about the problems the rest of the world faces. “In The Fade” is a relief of a film if for no other reason than it reminds America we are not the only country dealing with a rise in hate group activity.

“In The Fade” takes place in Hamburg, Germany and follows Diane Kruger’s character Katja Sekerci after her husband Nuri and son Rocco, played by Numan Acar and Rafael Santana respectively, experience a racist bombing on Nuri’s office. Being of Turkish decent Nuri was made the target of a neo-nazi group. All of this happens within the first few minutes of the film.

Making great use of blocking and screen composition, the director effectively uses the environment for not only visual symbolism but also visual exposition.

“In The Fade” manages to be unrelenting, subtle, artistic and above all interesting all at the same time. The film is not without flaws, but respect has to be given to a story that manages to be both interesting and also willing to examine social ills in such a ruthless manner. There are no theatrics, no murderous rampage, or anything an American film would need to necessitate a film of the film’s subject matter.

The film really showcases its story telling through narrative and visual elements. There are lots of small foreshadowing moments throughout the film that culminate in a cohesive ending. Most of these moments are so subtle you might not have noticed if not for someone pointing it out.

Director and co-writer for the film Faith Akin definitely has a firm grasp on the art of subtlety as demonstrated by this film. For instance, any character who works for the government or any agency comes off as cold and detached, with robotic dialogue to match. While the main character and her friends and family are much more emotional and expressive. Any scene that takes place in a government building like a courthouse or police department have muted color pallets and are desaturated, while environments like the protagonists home or a bar, light up with color and saturation. To the more observant viewer these techniques may seem heavy handed, but they are nevertheless effective ways of showing the world of politics as detached from the lives and concerns of everyday people.

Diane Kruger puts in a great performance as Katja Sekerci. She makes every second of the complex and nuanced performance believable, and really sells it through some of the more difficult parts of the film.

Akin is definitely a director with a defined style. Throughout the film there is a subtle shake to the camera that intensifies when the situation escalates, giving the film a type of voyeuristic quality to it that makes the viewer feel like a ghost bearing witness to everything happening.

There are times when the filming style changes from this quite observer style, to an eerily mechanical static camera, seemingly without any rhyme or reason other than the director wanted a certain shot and that was the only way to achieve it. The problem is not big enough to ruin the film, but the switch is jarring enough to notice.

“In The Fade” is playing at The Lyric at these times:

Making great use of blocking and screen composition, the director effectively uses the environment for not only visual symbolism but also visual exposition. Where other directors would cut away to focus on something in the environment, Akin uses creative screen spacing and angles to make sure visual information is in noticeable in the shot despite the main focus on the characters.

The second act lingers for just a tad too long. A plot like this was always going to necessitate a lengthier screen time, but it really feels as though the filmmakers could have been more expedient.

Should you watch it? Maybe.

“In The Fade” is not a mind-blowing film, but is fairly good and has subject matter that needs discussing.