JPEGMAFIA’s ‘Veteran’ is as abrasive as it is brilliant 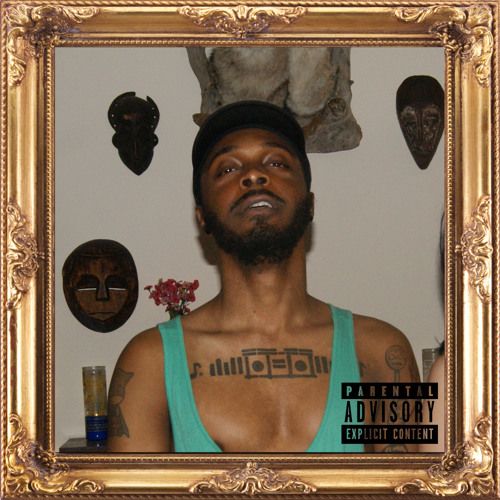 Say hello to JPEGMAFIA. JPEGMAFIA, or “Peggy,” is a rapper, producer and former U.S. Air Force member hailing from Baltimore, specializing in unapologetically noisy, experimental hip-hop laced with anarchist humor. While he may not be at the center of attention in the hip-hop world, he is, without question, worthy of examination.

“Veteran” is an album filled with off the wall, bizarre production and remorseless social commentary from front to back, but is never formulaic in its delivery throughout the project’s 19 tracks. Peggy’s production on this album is truly a spectacle. If you were to tell me someone made a song sampling Ol’ Dirty Bastard’s disembodied yelling from his track “Goin’ Down,” I would have immediately made the assumption that the song was not worth listening to, let alone be something even remotely digestible. Somehow Peggy pulls it off as he fires off bars comparing the build of his guns to Lena Dunham with lethal charisma on the song “Real Nega.”

Listen to JPEGMAFIA at jpegmafia.bandcamp.com

If there is any trend in production on this album, it is the unorthodox sampling that somehow works its way into becoming an actual, structured song; almost as if Peggy is telling his listeners “watch this,” as he dives into the beat with impeccable flow. One of the strongest examples of this phenomenon is the track “Baby I’m Bleeding”, which starts off like an intense computer glitch and turns into one of the hardest songs of 2018 with Peggy delivering lines like “acting like a slave when I’m gunning for my masters,” with enough ferocity to make a white nationalist move out of Baltimore in fear of encountering Peggy himself. That being said, JPEGMAFIA’s varied production and equally absurd, ironic lyricism make a beautifully distorted couple. In other words, don’t try to bump this album while you and your friends are hotboxing your 2004 Honda Civic.

The combination of JPEGMAFIA’s production style and lyricism makes for an atmosphere that never fails to fit its subject matter. “Williamsburg” covers the gentrification of the burrows of New York City, and more specifically, Brooklyn. The beat is as empty and industrial as, well… gentrification itself, and Peggy’s delivery of references to yuppies and expensive coffee adds the necessary details to the bleak picture being painted.

JPEGMAFIA’s social commentary is another highlight of this album that manages to be both confrontational and hilarious. Whether it is disses towards SoundCloud rappers, song titles like “Libtard Anthem” or jabs at so-called “feminists,” the alt-right and sensitive white people, there is a plethora of demographics that Peggy aims to provoke with “Veteran” and it is all done with near perfection. Peggy clearly is not taking his various subject matters too seriously, and that is what makes this project so good. “Veteran” is Peggy’s way of flipping the bird at society for its hypocrisy and double standards with an equally provocative grin on his face as he waits to see whom he will piss off this time.

Collegian reporter Miles Parrish can be reached at entertainment@collegian.com or on Twitter @parrishm20.