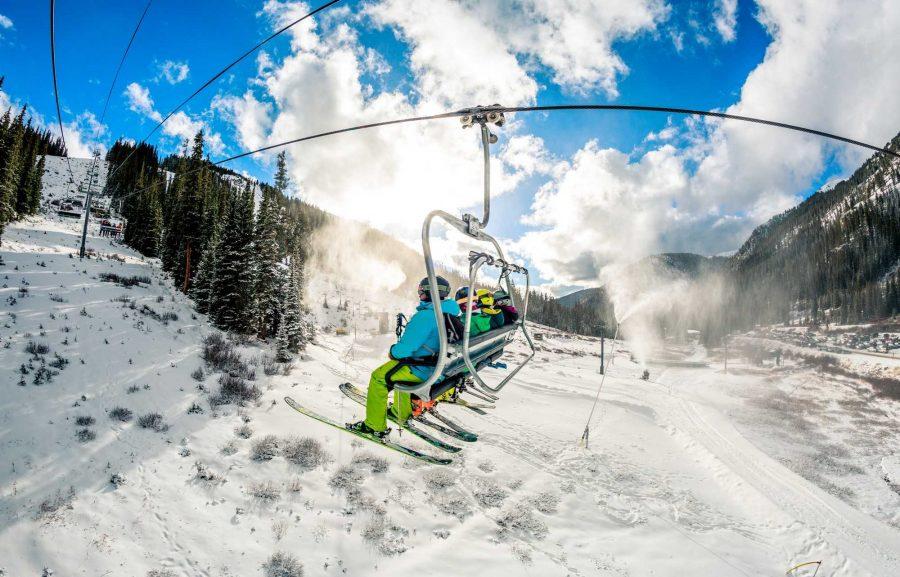 Editor’s note: The Collegian Ski Report highlights some of the best skiing in the Rocky Mountains.

The Beavers and The Steep Gullies at Arapahoe Basin encompass 468 acres of newly created territory open to visitors – so long as they are willing to spend the 25-30 minutes it takes to hike back to the lift.

This new territory has been in the works for around 10 years, according to Adrienne Isaac, marketing and communications director for Arapahoe Basin. For now, venturing into the series of primarily black level terrain requires a hike back to the main mountain but Isaac said a new lift will be ready next season to bring visitors back up from the bottom of The Beavers. Getting this land ready for visitors, however, has faced moguls of its own.

“We lease our land from the federal government, which means that any construction we want to do, any expansion, any new trails, goes through an extensive approval process,” Isaac said.

Additionally, the short summer season at Arapahoe Basin provides a limited window for the groundwork required to expand the terrain and build the new lift.

Aside from checking out the new territory, those who come to A-basin to ski may also come to party. The tailgates of trucks often line what is known as “The Beach,” where music and cookouts take place at the foot of the mountain.

“One perception of us, which isn’t necessarily untrue, is that it’s a party vibe,” Isaac said. “I think it’s all about having fun. It isn’t partying in the sense of substances – its the sense of having fun on the mountain.”

Ron Busby from Dillon, Colorado has been skiing A-Basin for around 30 years and thinks it has some of the best easily accessed terrain in the state. Busby has also found ways to enjoy the mountain when he is not skiing.

“You drive up to The Beach, drop your tailgate on your pickup truck, pull out your lawn chair and cooler and you got Pallavicini looking you right in the face,” Busby said.

The two-man lift, also known as “Pali”, provides access to The Beavers and The Steep Gullies. The new terrain, however, is not the only change Busby has seen come to A-Basin during his 30 years skiing the mountain.

“There’s more kids up here now than there used to be,” Busby said. “I’m an old-school grey-beard skier and too many kids kind of gets on my nerves.”

For those who have little experience with skiing or snowboarding, Isaac said she thinks A-Basin does well at offering beginner terrain.

“A lot of our terrain is steep and can be difficult,” Isaac said. “And while that’s true, I think we have some really awesome beginner and intermediate terrain. What I love about our beginner terrain is that you’re not off in some tiny remote learning area.”

New to skiing, Andrew Davis from Virginia said he enjoyed learning at A-Basin noting, however, that he does not have any other mountains to compare it to.
“We had a workgroup of 20 or 30 people and had a little cookout,” Davis said. “Everyone seems nice. I haven’t had any issues with anyone – they’re all helpful on the slopes.”

Isaac said a great feature is that those starting out have beginner access from the main Black Mountain Express lift and share the same big-mountain views as the rest of the skiers.

Another feature all visitors share is the laid back atmosphere provided by the people, music and parties held at The Beach. And whether you are new to the slopes or have been a frequent of A-Basin for years, everyone could take some notes from long-time skier Ron Busby on what he looks for in a day on the mountain: