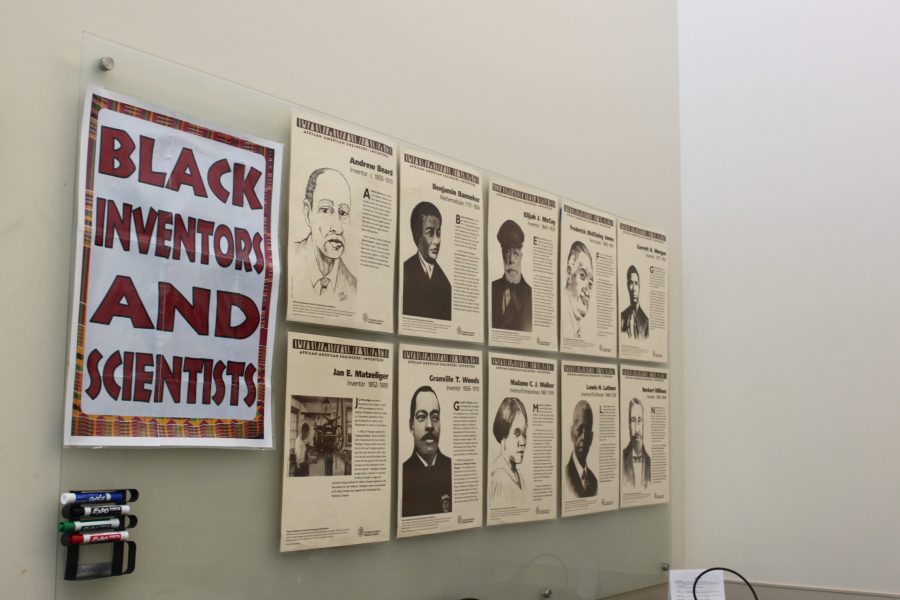 The Black/African American Cultural center put on the 2018 display of inventions by African Americans throughout history. Inventions From Chess in ancient Egypt to the typewriter. (Brandon Mendoza|Collegian)

The exhibit focuses on members of the Black/African American community that contributed scientific research, everyday tools and other objects to help the modern world progress.

Janaye Matthews, a biomedical and mechanical engineering major, organized the event with the help of her father, K.C. Matthews.

“Everything here is from my family,” Matthews said. “My dad sets up displays for Black History Month. He set up one up at his office and at several different schools in Denver, and so I was like, ‘Why don’t we bring one up here?’”

The event, according to Matthews, has been in the works since August and presents a wide variety of just some of the contributions of Black inventors.  This includes peanut butter, invented in 1896 by George Washington Carver, as well as the super soaker, invented by Lonnie Johnson in 1989.

I think it is really important to know our history and to know that like it or not whether a history book tells us, we were there.  We catapulted history; we catapulted technology regardless of what a whitewashed history book will say,” Rachel Surratt, Psychology major

The exhibit focused mainly on people who are associated with STEM (Science, Technology, Engineering and Math). Matthews, being a student of engineering, is interested in bringing more attention to Black women in science. She spoke about Madame CJ Walker as well as Katherine Johnson who was recently represented in the movie ‘Hidden Figures.’

“Black STEM is not always acknowledged,” Matthews said.  “And as someone who is in engineering myself, this is something that is very important to me, you know, to see that these are the type of people whose legacy I am continuing with my engineering degree.”

Rachel Surratt, a psychology major, is helping with several upcoming events next month for Women’s History Month. She works in the BAACC office as a Peer Mentor for first year students.

The typewriter stood out for Surratt as one of the more interesting contributions made by Black inventors.

“I think it’s just amazing that (the typewriter) catapulted modern information giving,” Surratt said. “And the fact that it was made by a Black person is really exciting.”

Some of the other objects on display included the dustpan, the comb, biscuit cutters, the modern mailbox and the traffic light.

“I think it is really important to know our history and to know that, like it or not, whether a history book tells us, we were there,” Surratt said. “We catapulted history; we catapulted technology regardless of what a whitewashed history book will say.”

The BAACC office will be hosting events all throughout Black History Month. The events can be found on their website at baacc.colostate.edu/black-history-month-programs-