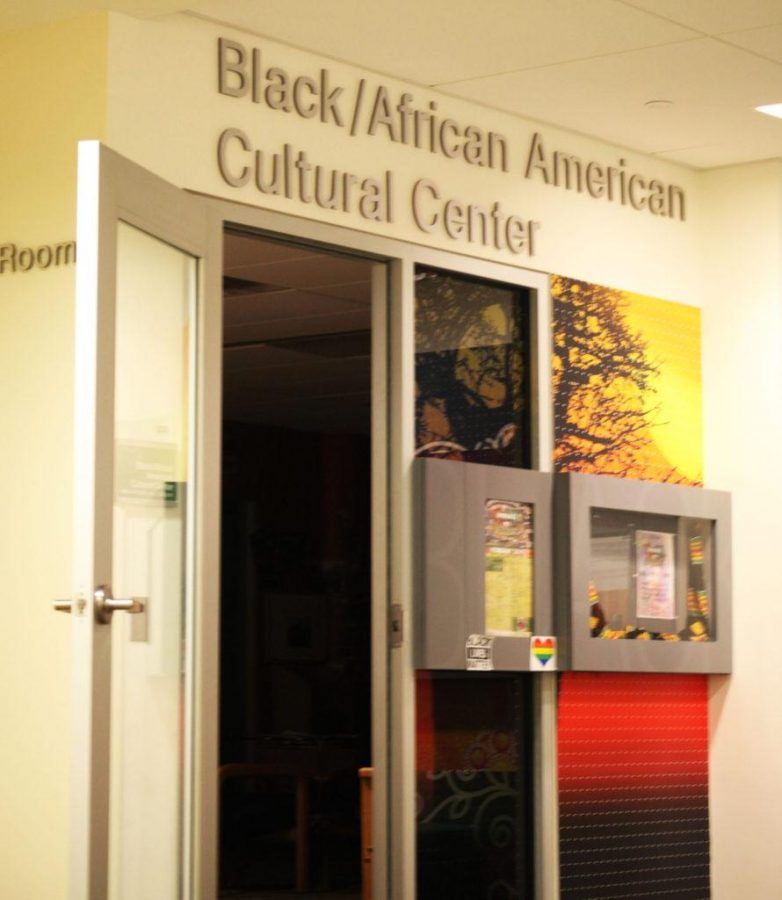 The Black/African American Culrural Center also known as the BAAC office is holding over 20 different events this Feburary for Black History Month this year that anyone can attend. Photo credit: Christian Johnson

Modern-day interracial love is affected by a history of slavery and discrimination.

For some, people in interracial relationships can be targeted by their own race because they want to date out of it. For African-American women, dating a white man can be a loss of power because of the history of slavery and oppression. They also discussed how this affects mixed-race children.

“Interracial relationships are cool, as long as you’re both in it together,” said Kwuajzrel Yearby, who attended the event. “For people who are against your race and against your relationship, you have to talk about these situations … and actually figure it out and come at it realistically in knowing that people aren’t going to understand where you’re coming from,” Yearby said. “So it’s your job to educate them and understand that it’s all about love.”

The discussion continued with the race aspect of interracial love and why society views race as such a large thing in relationships. Participants discussed how minds have changed throughout the last hundred years and how that affects where we are today. Even though minds have changed, prominent people like Kim Kardashian want black features without being black.

In 2015, 17 percent of U.S. newlyweds were married to a person of a different race or ethnicity.

Collegian reporter Isabelle Rayburn can be reached at entertainment@collegian.com or on Twitter @Seiss_Diosaa.