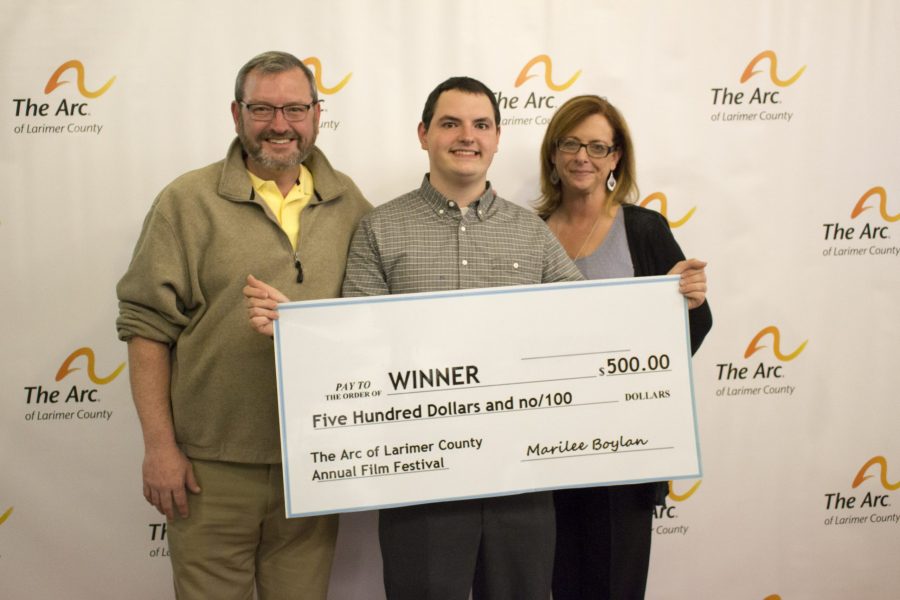 The Arc of Larimer County's 5th Annual Film Festival was put on Tuesday in the Lory Student Center, featuring a winning film by Jack McCartney, shown here with parents Matt and Dana.

The Arc of Larimer County will host its 6th Annual Reframe Disability Film Festival at Colorado State University in the Lory Student Center Theater from 6 p.m. to 8 p.m. this Friday, March 2.

According to The Arc of Larimer County’s website, the aim of the event is, “to celebrate National Developmental Disabilities Awareness Month every March with short films that break down stereotypes about people living with intellectual and developmental disabilities.”

The films will range from genre to genre, some are humorous, others are more serious, but all strive to spread awareness. In fact, most of the short films are produced by people with disabilities, some are local to Fort Collins and the Larimer County area.

Among the films that will be screened this year is, “The Adventures of Rick and Lisa,” produced by filmmaker Kevin Rabon. The film documents a local couple living with disabilities in northern Colorado.

Tickets have been on sale since February 1 and can be purchased at the LSC Box Office. Pre-sale tickets cost $10 for community members, $5 for members of The Arc of Larimer County and $3 for CSU students.

Students are encouraged to buy their tickets pre-sale, as ticket prices will increase to $12 for community members and $5 dollars for CSU students at the door the day of the event.

Tickets can be purchased at CSUTix.com