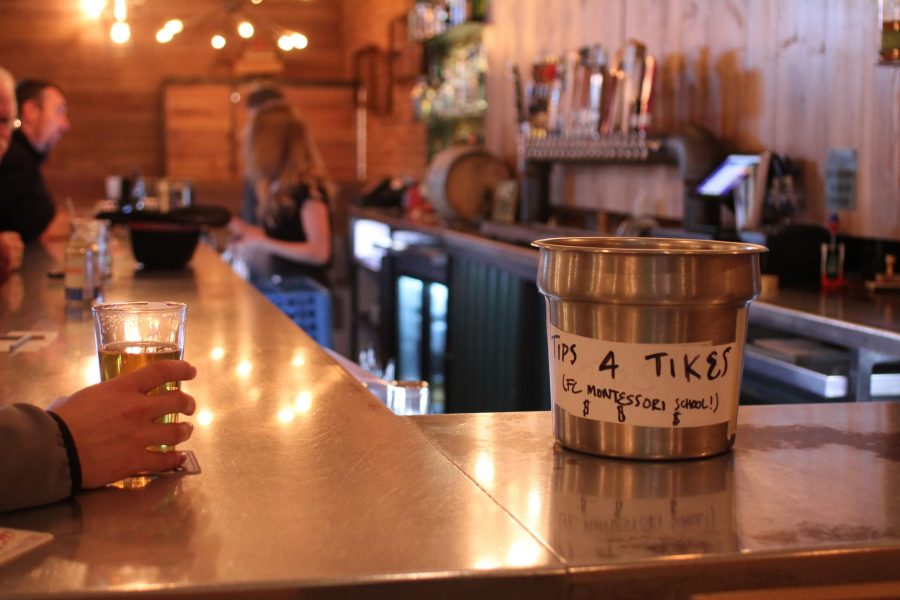 Alcohol and charity are two things you do not typically associate with each other. However, Pour Brothers Community Tavern helps bridge the gap with their weekly Charity Night.

Every Wednesday night from 6 to 8 p.m., any tips collected from the bar are given to a designated local charity of the week. The money is either collected in cash with donation buckets set on the counter or by having patrons tip on their card.

According to bartender Tyler Davis, the event has been going on for as long as he could remember.

“Our owners wanted to do something that kind of gave back to the community,” Davis said. “It’s their opportunity to use the bar to do some good in Fort Collins.”

“Our owners wanted to do something that kind of gave back to the community. It’s their opportunity to use the bar to do some good in Fort Collins.” -Pour Brothers bartender, Tyler Davis

An organization may only host Charity Night once every six months to allow other charities a chance. The program has been such a success that according to Davis, the bar is booked until May.

The response to Charity Night has been overwhelmingly positive towards the organizations and the bar.

“Some of our regulars frequent Community Nights because they love supporting a good cause,” said Audrey Douglas, Pour Brothers operations manager.

“We had about 20 parents attend, and received feedback that the event was fun, and many parents were hoping we would do it again,” Engen said. “Many were also complimentary of the venue, beer and food.”

Pour Brothers also holds a plethora of other weekly events every weeknight such as a Geeks Who Drink on Tuesdays and Cards Against Humanity on Thursdays.

In addition to Charity Night, Pour Brothers donates “enough money for one meal to the Larimer County Food bank for every meal purchased,” according to the bar’s website.

Charities who wish to be sponsored can contact Pour Brothers here.