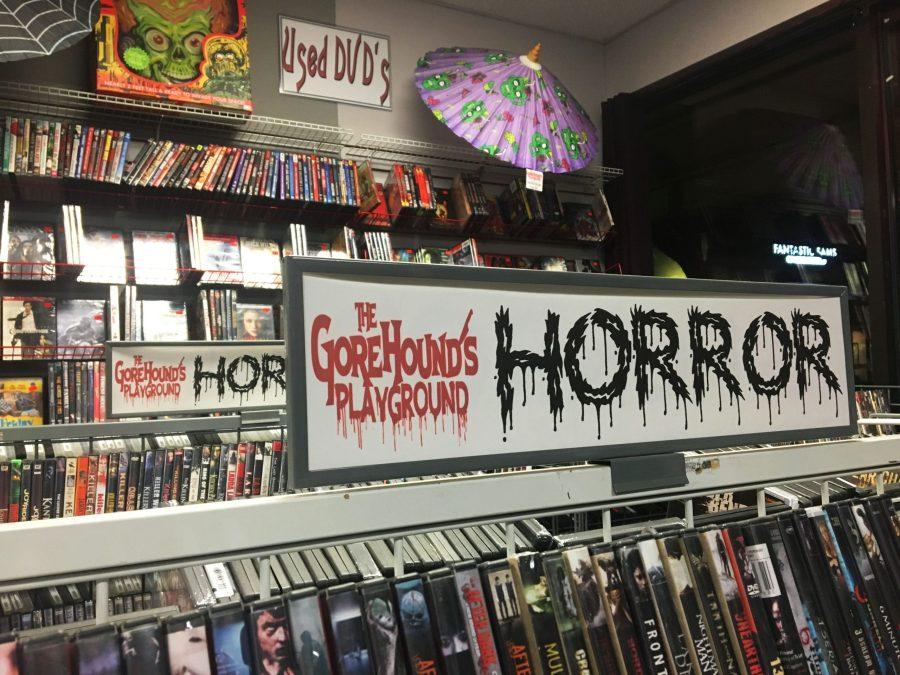 A new business is bringing a creepy, gory and weird type of culture to Fort Collins.

After 34 years of working as a chef in Loveland, Colorado, Jeff Abbott decided to pursue his passion for horror by creating Gorehound’s Playground, a new space for fans of horror and sci-fi to geek out in.

The business offers new and used DVDs to rent and buy, movie posters, games, collectibles and prints from artists across the country.

“The one movie that got me as a kid was the original Texas Chainsaw Massacre,” Abbott said. “Horror has always been my passion, and I’ve always wanted to open a theater and movie rental store, so that’s what started it all.”

In addition to a retail space, the Gorehound’s Playground also has a theater room for weekend showings of horror and sci-fi movies with plenty of genres to suit different tastes. The showings are Thursdays and Fridays at 7 p.m., and a double feature every Saturday at 7 p.m. and 9 p.m.

Abbott said although they are still developing parts of the store, like the theater room, reception from the community has been overwhelming.

Abbott likes to listen to his customer’s tastes and keeps with trends in the many sub-genres of horror.

“There’s always the iconic faces of horror like Leatherface and Freddy and Jason, but I like to see what the independent filmmakers are doing as well,” Abbott said. “It’s hard to strike a balance between past and present films, but there are so many good movies from the past, and I try and mix it up.”

The former owner of the now-closed Village Vidiot, Scott Shepherd, has taken the position as retail manager and “resident game expert” at Gorehound’s Playground and welcomes people to come inside, sit down and learn a new game with friends.

“Anytime you can have a place to sit and hang out, especially when it’s cold, here is a good place to go,” Shepherd said.

Movie fans may agree the genre of horror has become a little predictable, and some may find it

hard to find a plot that is fresh. Abbott experiences this and looks towards independent filmmakers for those special and spooky plot twists.

“You’ll get a jump-scare out of me occasionally. It’s hard for me to emotionally engage with a movie, but it’s been easy with the independent people,” Abbott said. “I’ve met some people doing great work like Midnight West Productions out of Cheyenne, Richard Taylor from Denver and the Soska sisters who are based in Canada.”

Apparel and merchandising student Kaitlyn Bentivegna is a fan of horror who has experienced Gorehound’s Playground and seemed delighted with the knowledge of the staff, the cozy and clean theater room and her purchase of a “Heathers” movie poster.

“I really like horror, because I like feeling on edge, and all you can do is sit, watch and let it

happen,” Bentivegna said. “Movies with no supernatural or scientific factors are really terrifying, because they depict realistic situations and you come out of it thinking, ‘Oh my God, what if this ever happened to me?’”

The future of Gorehound’s Playground seems bright, as Abbott hopes to start up a film festival with the help from community members with experience in running festivals.