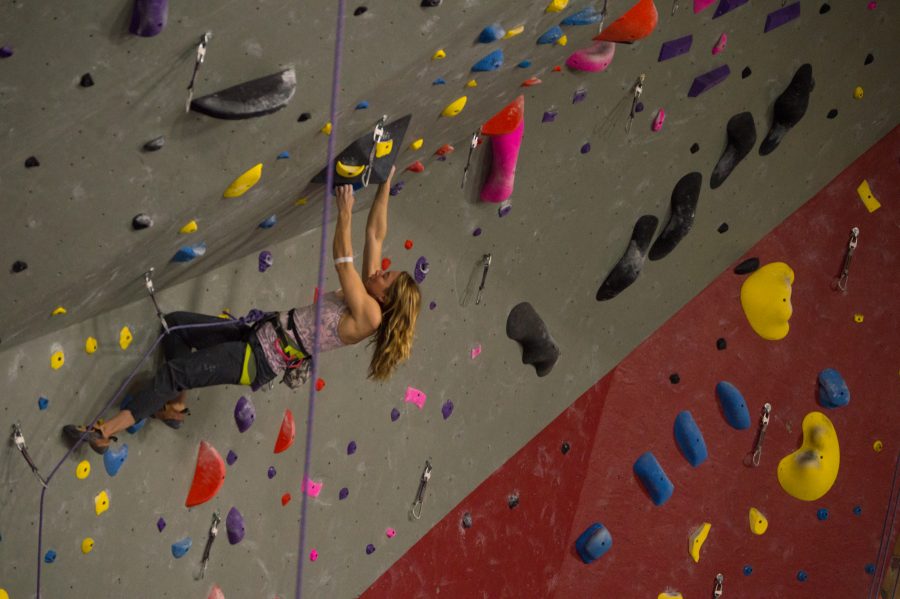 Elizabeth Culbertson has a reputation for her climbing skills at the Miramont Fitness Center. She tackles an inclinded route on Sunday morning during Miramont's "Ladies Climb" session. Photo by Olive Ancell | Collegian

There’s not a lot going on early this week, but starting Thursday, Fort Collins will have plenty of fun events you don’t want to miss.

The Aggie Theatre will host FoCo4PuertoRico, a benefit show featuring Patti Fiasco, Qbala, Guerrilla Radio, Undercover Bear, DJ Gyro, Matt Mahern and special guests still to be announced. All proceeds will benefit United for Puerto Rico, a charity sending aid to those affected by Hurricane Maria and Hurricane Irma. There will also be a silent auction benefiting Rocky Mountain Music Relief, which provides aid to musicians in the affected areas, and the GoFundMe campaign “El Pueblo de Puerto Rico Se Levanta” a campaign within the country which helps rescue, rebuild and provide other aid to affected people and animals.

Miramont Lifestyle Fitness and Maxline Brewing are teaming up for another “Boulders, Beers & Bingo” from 5 p.m. to 9 p.m. The event is in partnership with Northern Colorado Climbers Coalition, a local non-profit aiming to protect and preserve the climbing routes in the area and exploring new routes. The event is free for gym members and $5 for non-members. The beer is included, but tips are encouraged.

The Lincoln Center will open “Contemporary Collage” at 5 p.m. The show features five artists exploring different collage techniques from digital collage to photomontage. The show emphasizes the ways assemblage is incorporated in the artistic process. The artists featured in the show are Christian Duran of Florida, Cecelia Feld of Texas, Amelia Furman of Colorado, H. Jennings Sheffield of Texas and E.K. Simmer of Wyoming. The work will be on display in the Lincoln Center Art Gallery until January 6.

The Downtown Artery will host a “Yart Sale.” The event will be held in the upstairs art gallery and starts at 10 a.m. and runs through Nov. 12 at 5 p.m. The “Yart Sale” features over 30 artists selling their unique, homemade work for under $100.

Collegian reporter Ashley Potts can be reached at entertainment@collegian.com or on Twitter @11smashley.