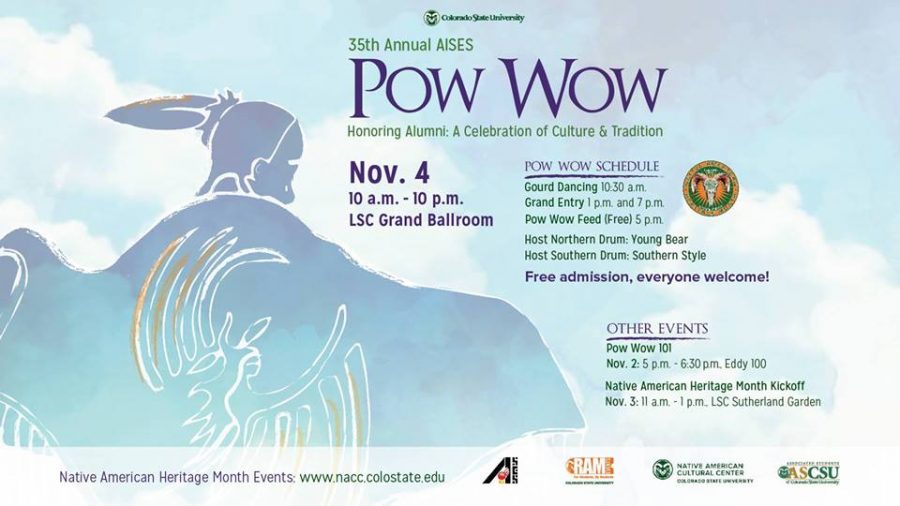 The talk educated the CSU community ahead of the 35th Annual AISES Pow Wow that will take place in the Lory Student Center Saturday. The Pow Wow is part of CSU’s celebration of Native American Heritage Month.

“A lot of folks don’t really know what a Pow Wow is,” Assistant Director of NACC, Tiffani Kelly, said. “Maybe they’ve heard about it, but they really only know what they’ve seen in the media, which is typically very inaccurate and full of stereotypes.”

Pow Wow 101 explained why many of those misrepresentations are wrong. According to CSU’s Agriculture Experiment Station IT Professional, Jan Iron, Saturday’s Pow Wow is intended for community gathering.

“Pow Wows today are fun events, social events,” Iron said. “It’s a chance for us to come together and feel free to be who we are.”

“The most important people at a Pow Wow, I think, are the singers because without them, there’s no dancing,” Iron said.

Iron said there are different singing styles. The northern style of singing is higher in pitch, and the southern style is a bit lower. According to Iron, the drum is also an important element.

“To us, as Native American people, the drum beat represents the heartbeat of Mother Earth,” Iron said.

“The Pow Wow is also like our classroom,” Iron said.

Although Pow Wows are celebrated within Native American cultures, NACC will keep Saturday’s Pow Wow open to everyone who is interested in attending.

Collegian reporter Ashley Potts can be reached at entertainment@collegian.com or on Twitter @ashleypotts09.