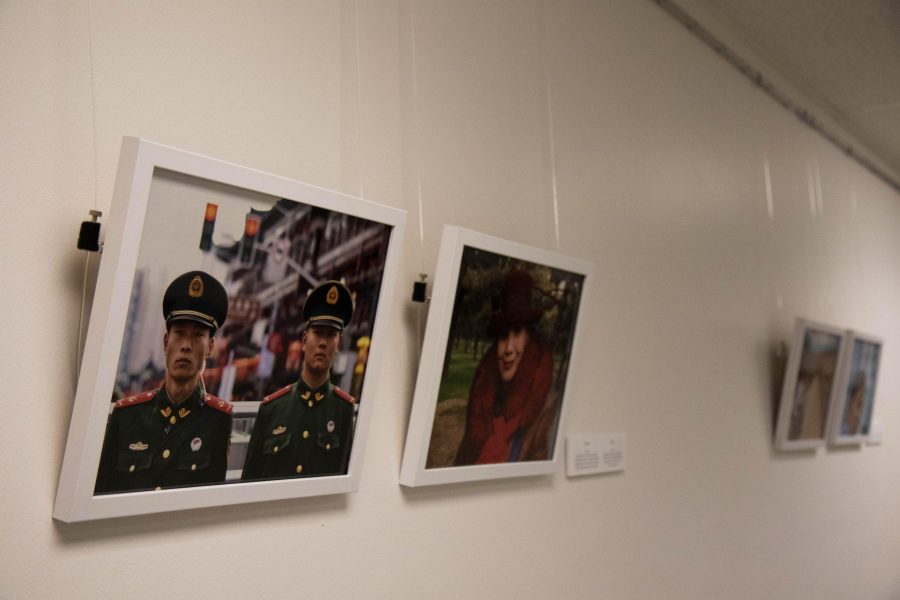 When walking through the basement of the Lory Student Center, students can get a glimpse of Asia and Africa courtesy of a Semester at Sea photography class.

The gallery, titled “Culture through the Visual Lens,” is by a photography class from the Spring 2017 Semester at Sea voyage and is currently showcased in the Hallery, the Lory Student Center art gallery that exclusively shows student work.

The Hallery was created after students expressed interest in showcasing their work. This is amplified by its location, which has a large amount of foot traffic. The current gallery consists of photographs from professor Pete Seel’s advanced photography class on the trip around ten countries in Asia and South Africa.

“It was surreal,” said Abbey Tanner, a senior photojournalism major at Western Kentucky University. “I’m so grateful I could experience so many different cultures.”

The Semester at Sea program travels the ocean along Asia and Africa, stopping in ten different countries in 108 days. The ship, or “floating university,” educates students in the classroom while at sea and stops at ports for around five days at a time to allow students to explore and learn first-hand about the culture, according to Layne Hanson, the vice president for public affairs for the Institute for Shipboard Education with Semester at Sea.

“It’s experiential,” Hanson said. “Students are actually going to the place they’re learning about and seeing and interacting with the information and textbook knowledge.”

The Semester at Sea experience is also unique because of it’s comparative nature, according to Hanson. The voyage allows for students to learn about cultures with an actual world wide view.

The photography class consisted of advanced photographers and photojournalists from universities all around the country in addition to professors and staff. The gallery is composed of the student’s photos, with a couple of photos by Seel, from one of projects throughout the semester, mainly consisting of their travel story or a themed photo story of their choice.

“The theme of the gallery is learning about world culture in a very direct and personal way,” Seel said. “The voyage let’s you be immersed in a culture. It’s amazing what you can experience in five days.”

The students from Seel’s photography class learned a lot about photojournalism in addition to culture. Because the nature of the class was advanced, the students were held to high expectations in capturing cultures and were encouraged to interact with their photography subjects.

“The semester at sea helped me solidify more of what I want to do with my life in photojournalism,” Tanner said. “I’m really blessed that I could experience that. It’s really grown me a lot as a person.”

For photojournalists or any major, the Semester at Sea encourages people to see the world. The photography in the Hallery is about visually decoding different cultures and allows the viewer and photographers to get immersed into a culture, according to Seel.

“If you’d like to see what a student world experience at Semester at Sea is like, come look at the photos,” said Seel.

The Hallery is located in the basement of the Lory Student Center.

Collegian reporter Julia Trowbridge can be reached at entertainement@collegian.com or on twitter @chapin.jules.