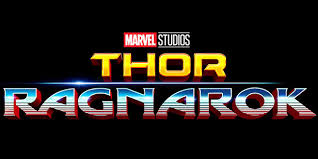 Being as far into this franchise as we are, there has been a lot of concern regarding the Marvel movies to come.

Bringing up these questions is not intended to shame people, only to show that they are relevant in general and relevant specifically to “Thor: Ragnarok” and the last few Thor movies. It is with an apprehensive mind I can tell people to relax only somewhat.

Marvel makes up for their continually increasing stakes by also compensating with compelling character narratives. This is how we can go from a literal dimension-threatening story in “Doctor Strange” to the inconsequential personal journey of “Spider-Man: Homecoming.” It is also why despite the events of “Guardians of The Galaxy 2” having no lasting effect we were still captivated by the character development and relationship drama.

The story is not concerned with Ragnarok itself as much as it is the emotional baggage of its main characters. Each character has to reconcile with some part of their identity and past in this story and without spoiling anything, the way each character resolves their particular conflict is immensely satisfying to watch.

For once it feels as though Chris Harmsworth’s Thor can finally relax and be more expressive than the serious-stoic-god figure he has played up to this point. Mark Ruffalo also feels like he has been given much more, well earned, time to fill out Bruce Banner’s personality. Tessa Thompson is one of the best parts of the whole film as the silly yet still fun Valkyrie. Jeff Goldblum is just an absolute delight as the eccentric Grandmaster.

Each character manages to have a surprising amount of depth for both a comedy and a Marvel movie. Valkyrie is treated as complex of a character as she is. We are allowed to get a more introspective view of Bruce Banner’s dilemma and what his actual feelings are on his situation. Thor and Loki manage to have the best heart to heart moments of any of the previous films.

Discussion leading up to the film’s release has focused on this film being a comedy because the last two did not quite capture peoples’ attention. Some thought making this one fun would do the trick. It is getting hard to deny however that the Marvel style of making things fun is getting stale. While “Thor: The Dark World” was certainly bogged down by its desire to be serious, it was at least different. There is an underlying staleness throughout the entire film like you have watched this many times before.

Despite the repetitiveness, it is undeniably funny and enjoyable to watch. Every joke lands and there is never a moment when the they seem forced. The film manages to find a nice balance between comedy, emotion and action. None of them feels like they are taking precedence over each other and they are used in a cohesive manner that makes each moment feel natural, something you really would not expect from a superhero movie. All the gags feel like they are exactly what that particular character would say or do in that moment.

Should you watch it? Maybe.

That balance is more important when you consider the stakes again. If it were too comedic, none of the threats would seem significant, but focus on Hela and her plans too much and the film becomes too serious. Sadly, the film suffers from the same villain problems most of the other films have. Despite being an interesting villain, the scenes that focus on them just are not as interesting as the heroes. Luckily, the movie keeps these scenes relatively short and Kate Blanchet’s performance of Hela is so commanding it more than makes up for the scenes’ shortcomings.