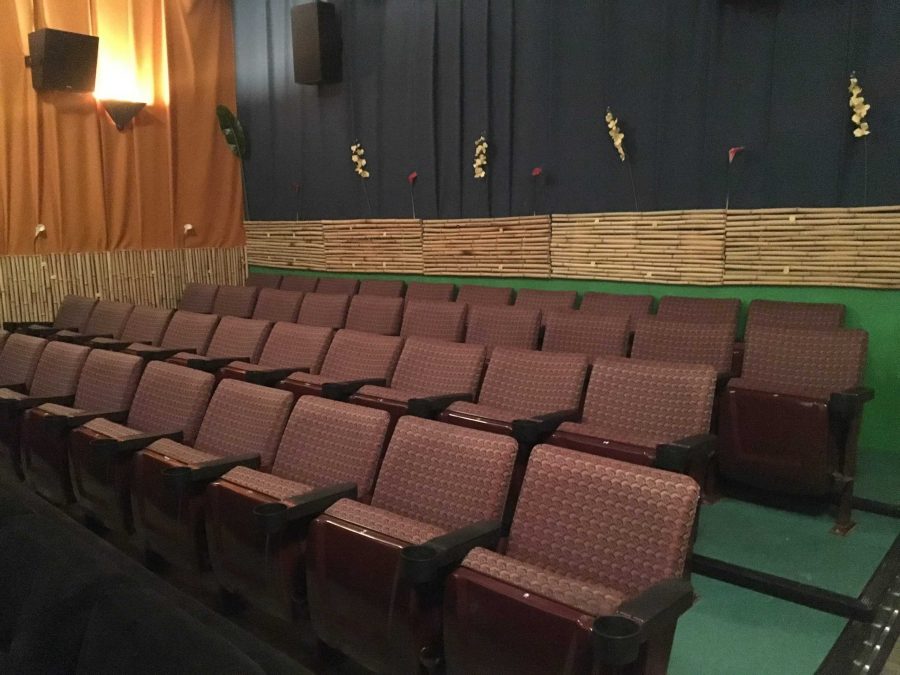 Shown here is one of the three new theaters within the Lyric building. Patrons will find comfy couches and seats and a great sound system in an intimate setting. (Sarah Ehrlich | Collegian)

Movie lovers can rejoice: the Lyric theater is officially open for business.

After a long four-year planning and building process, the Lyric movie theater can finally call 1209 N College Ave their newer and bigger home. They made the move from their Mountain Ave location 11 months ago to begin construction on a bigger building.

The Lyric has been Fort Collins’ independent movie theater since 2007 and has drawn a loyal following of patrons who are happy to see the improved location. This weekend marked the first weekend of movie screenings at the new building.

“To finally be open is a huge weight off our shoulders,” Michael Putlack, general manager, said. “The old Lyric was a drive through laundry mat before we opened it, so it’s nice to have this purpose-built space.”

Walking into the Lyric, you’ll find yourself in a large open lobby where colorful lights and chandeliers hang above your head. To the left is a full bar featuring many local brews and specialty cocktails cleverly named after cult films.

While you sip, enjoy a full menu of sweet treats and small plates. The menu features

While waiting for a show time, patrons can check out the Lyric’s rebranded merchandise and local art corner, or try their skill at the pinball machines loaned by Pinball Jones. Choose from Creature from the Black Lagoon, Star Trek, Star Wars and Jurassic Park.

A long hallway will take you into one of three movie theaters, The Space, The Ship and The Tiki Lounge, complete with couches and unique décor.

“I always try to plan ahead for Lyric events because they’re always so fun,” Alison Manchester, Fort Collins resident, said. “The whole experience here is so far so good, and I’m looking forward to checking out the other theater rooms.”

Future events for the Lyric include their grand opening parade and party Nov. 14, as well as the anticipated Weekend Warriors Film Festival on Nov. 18, where teams have

48 hours to create a short film. There is also word of a Big Lebowski  celebration happening in March, complete with custom Lyric bowling shirts.

“The updates are great, but the Lyric kept the flavor of their genre of movies,” said Marla Roll, a CSU employee who viewed the film “Lucky” on Saturday night. “I wanted to see every film shown during the previews, so it’s nice they have the bigger space to show more of them.”

Students can get in on the fun at the Lyric on Student Tuesdays, where a student ticket and a pint of Old Aggie is only $7.50.

Despite a few extensions on construction, it seems patrons are pleased with the new building that has added a bit more excitement to north College Ave.

Showtimes and more information can be found at lyriccinema.com