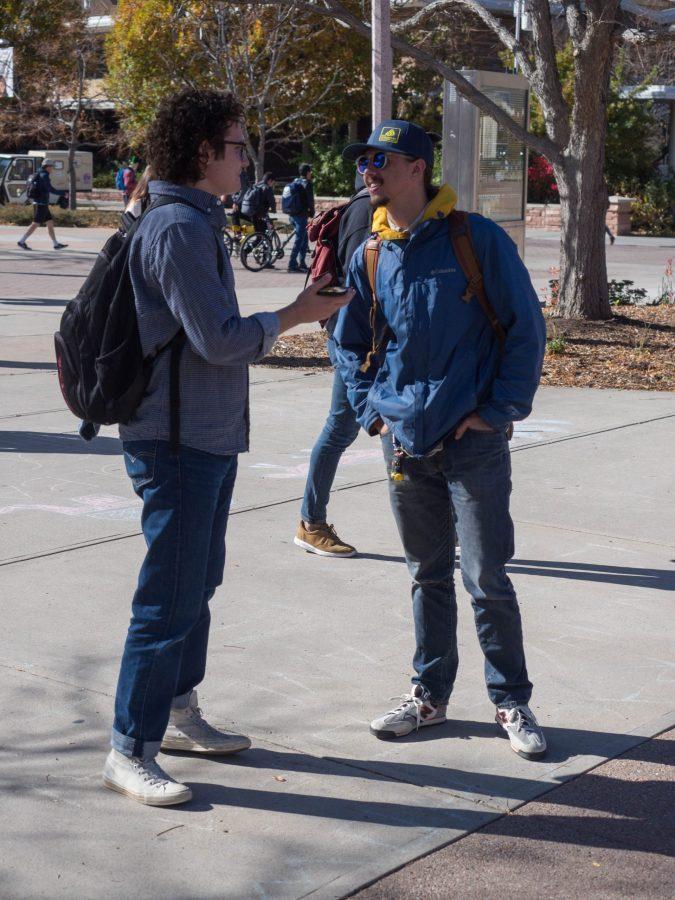 Most students surveyed said they in fact prefer to treat others on Halloween. (Field Peterson | Collegian)

But it’s an important one that dates all the way back to The Celts and one some CSU students struggle with. For other students, the answer couldn’t be clearer on All Hallow’s Eve (the spookiest night of the year, except for perhaps Arbor Day).

“I’m not very good at tricking, so I guess treating,” said Emily Gaddie, a senior sociology major. “If it’s like ‘treat yourself’ treating than definitely.”

Brennan Dyehouse, a junior business-marketing junior, believes that tricking is inherently wrong and a morally deficient act for one to commit on Halloween.

“Treating is better for sure, you have to make people happy,” Dyehouse said. “Tricking them sure. Maybe it’s a little funny but really people want chocolate. Maybe that’s just me, I want chocolate.”

Marley Taylor, a freshman biomedical sciences student, believes that no matter how spooky this time of the year is supposed to be, it is always the right time to be nice to one another.

“Treating is better, I believe in kindness,” Taylor said. “Tricking isn’t bad but it’s how you go about it. I prefer to tell people how nice their costume is.”

Loredana McCurdy, a senior wildlife biology student, felt conflicted about what the right choice was between tricking and treating.

For some students, candy and costume make for the right celebration.

“Getting candy is the most fun,” said Ceci Whattam, a freshman psychology student. “I’m going to wear my Chewbacca onesie.”

The issues of morals and ethics did not sway Brittany Desario, a freshman biomedical sciences student.

However, senior wildlife major Briana Benalcazar knew what the season is truly about.

“Hands down treating is the best here, you get to go down to the nice areas of Fort Collins where they hand out king-sized candy bars. I’m all about that,” Benalcazar said. “Treating the kids is nice too.”

History of Halloween: Trick-or-treating has been a tradition for about 100 years in the United States but may have originated in ancient Celtic festivals, early Roman Catholic holidays, medieval practices and even British politics.