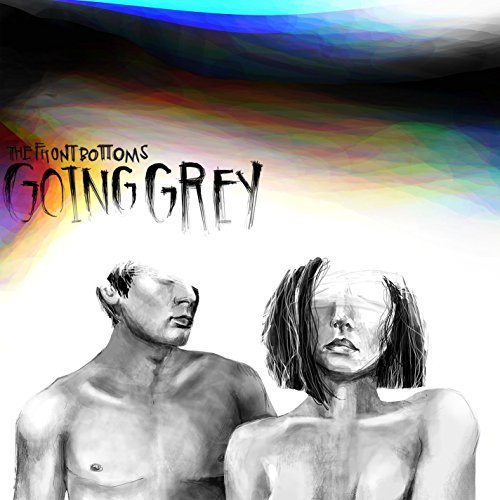 When you are young, an existential crisis is the last thing on your mind.

The Front Bottoms tackle this in their latest release, “Going Grey.”

The Front Bottoms are an indie rock band based out of New Jersey. The duo consists of Brian Sella and Mathew Uychich. For the last 11 years, they have been working hard to release singles, extended plays and records. The groups debut album, “I Hate My Friends,” was self-released back in 2008. Ever since, The Front Bottoms have always had this darker and more edgy side with clever songwriting to back them up. A lot of their songs always had a wiser than they really are sense about them and really started to show through on some of their records like “The Front Bottoms” or “Talon of the Hawk.” They always wrote looking at life when you were young and dumb, but never really had a coming of age story under their belts, “Going Grey” skips right past that and starts to reflect on life from an older and more mature perspective.

“Going Grey” is an 11-track record that clocks in at around 38 minutes in length. Noticeably, The Front Bottoms are sounding a lot more polished than ever on this record and that could be the fact that this is the second record recorded under Fueled By Ramen records. It still has that distinctive style that still makes it The Front Bottoms. This time around, the group is taking the catchy synth elements of some folk-pop and turning it on their heads as they record something that is more complex in production and style than anything else on their discography.

Musically, we notice a lot slower progression in some tracks. No longer do we hear The Front Bottoms come out swinging in a hot anger or passion that comes with being in your young twenties. The lead track “You Used to Say (Holy Fuck)” starts us out with some seagulls and waves crashing before building into this larger than life style that is buoyant and playful in a sense. Tracks like “Vacation Town” and “Trampoline” showcase how much they can diversify their sound and still accomplish the same goal with some guitars and percussion. Granted there is still plenty of keys and synths present on tracks like “Far Drive” or “Peace Sign.” The Front Bottoms are just trying to show off how much that they have grown in the last decade like any band before them.

Lyrically, nothing here is necessarily complex, but it does take on a different meaning. The Front Bottoms are reflecting on relationships in tracks like “Bae” or “Everyone but You,” which is something that they have not done before. The band also faces the imminent mortality of themselves in songs like “Raining” or “Grand Finale.” Just like the production style, the lyrics are diverse in nature, but still true to the songwriting and style that we are used to with The Front Bottoms. Fans will find it easier to shout along to a chorus and melodies are a lot catchier this time around than on previous releases. The Front Bottoms are starting to show that you can age gracefully as an artist.

Should you listen to it? YES!

If you have ever wonder what it is like to move from young adult to adulthood then you should look no further than “Going Grey.” This is a record that faces the consequences of one’s actions, the ramifications of aging and reflecting on a younger time. This is not a coming of age story, not even close, we got that a lot time ago with The Front Bottoms. This is a story of accepting a new chapter in life, and the record closes on a note that summarizes it all: “I’m scared.”

The group signed with Fueled By Ramen back in 2015.