Alec Reviews Music: Demi Lovato burns out with ‘Tell Me You Love Me’ 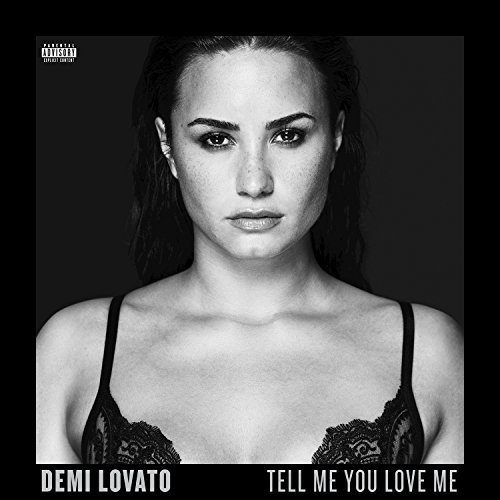 Demi Lovato isn’t sorry, but maybe she should be.

Having to take control of your life after spiraling out of control for a while is no easy feat. When you try to make an album about that, you should expect something bigger and larger than life. Then again, it’s probably easier to fall into a cash grab attempt at money and make something as shallow as “Tell Me You Love Me.”  Demi Lovato is just as confused with her music as a millennial with a payphone, and it shows with her latest release.

Demi Lovato is one of the few former Disney stars that does not collapse over time. She keeps finding herself in headlines and gossip magazines, and while she has managed to put out some decent music in her previous five studio albums, this 25-year-old has had her fair share of struggles. From depression to eating disorders and rehab, Lovato has not necessarily been living the easy life in the limelight. Hardly any of her struggles really show up in her music, and her sixth studio album “Tell Me You Love Me” is no exception to that rule. It quickly fades into a generic and lifeless album.

“Tell Me You Love Me” starts off really strong and comes out swinging. It has some real purpose and drive right out the gate. The downside is the length of this record. Forty-two minutes is a long time, and 12 tracks is a lot to work with. There is a lot of filler as a result, and for pop music, that isn’t something that is enjoyable. There are some catchy synth pop rhythms that drive a lot of the tracks, but most the record seems confused and lost at times.

Musically, you won’t hear anything new after you make it past “Daddy Issues.” Lovato is an artist that has started to become comfortable with her style and doesn’t do much outside of that to challenge herself. Tracks like “Ruin the Friendship” and “Cry Baby” are two prime examples of trying to make the most out of not a lot. Little to no progression and not a lot of layers or texture makes some of the tracks stale and repetitive quick. On the other hand, there are some catchy tracks like “Tell Me You Love Me” and “Daddy Issues” that will be more than enough to keep dragging listeners back. One of the few redeeming factors is just how much range Lovato can show off on this record.

Lyrically, here is another woman in her mid-twenties comparing each man to the end of the world. There isn’t a whole lot of empowering material here when you begin to listen to this record. “Only Forever” is a generic track about falling for the same guy, while “Lonely” touches on how much of a struggle not being in a relationship is. Granted, the latter has decent feature from Lil Wayne, but there is still this almost ironic sense about each track. When half the tracks are about how much better Lovato is without a man, and the other half are about the exact opposite, you begin to hear just how confused this record is. Tracks like “Sexy Dirty Love” and “Games” are opposites in material, yet they don’t add a whole lot of depth, and the song writing is just as bland as expected.

Should you listen to it? No!

Let us be real for a second. “Tell Me You Love Me” has some great tracks, tracks that you will undoubtedly listen to for a while. But when looking at the whole record, it is confusing traffic jam. Lovato had some potential to really challenge herself and make something that would have been great, but she too fell into the trap of making a safe pop record. I’ll let the title of the lead track speak for the rest of the record, “Sorry Not Sorry.”