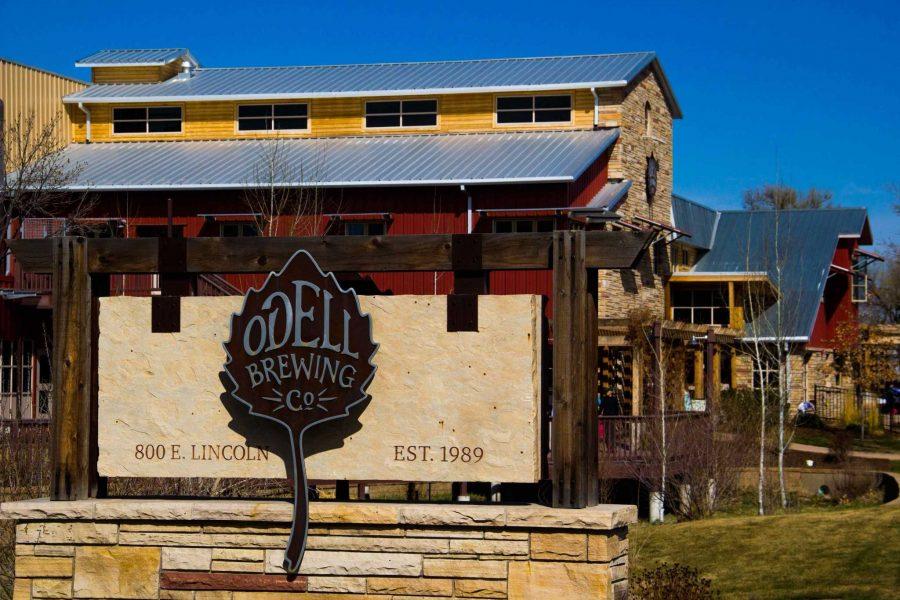 These all describe the impacts of  Mainline Ale’s Odell Beer Dinner, which is a collaborative effort between the Mainline Ale House and Odells Brewery. This unique dinner paid homage to the power of Odells beer and Mainline’s exquisite culinary delicacies. Executive Chef Paul Schramm, in conjunction with an Odells representative emphasized the ingredients that made their culinary dishes and beers special.

Running from 6:30-9:30 p.m. on Friday, September 8, the dinner comprised of four courses, paired with a specific Odells beer. Beers ranged from their Sunny Rain to their sour Pryus and Prunus Pear and Peach Sour. The dinner was held on the roof, with a view of Old Town on display, and action was bustling.

Schramm took pride in the work behind the dinner.

“This is the first one I have done as executive chef…as far as the whole nine yards, organizing,” Schramm said.

Schramm’s duties include overseeing all the employees, as well as writing all the menus and overseeing their changes on a seasonal basis. Schramm describes his job as to be in “public relations” drawing the community into his establishment.

Schramm also described the process behind the selection of beer for these dinners.

Schramm consistently emphasized that the beer dinners were a collaborative effort, a fact other staff members echoed.

“I collaborate with the chef and pick the brews,” said Andrew Zuniga, bar manager.

Zuniga is also “point man” with the various breweries whose beers are represented at the dinners.

“We dosix (beer dinners) every year,” Zuniga said. Zuniga mentioned that they will be featuring Prost beers in October with a distinctively Oktoberfest theme.

“We go with something local, that people are familiar with,” Zuniga said, adding that it gives back to the community. They have featured Horse and Dragon and Black Bottle brews among others.

“We normally try to highlight the beers that are up and coming,” Avellino said, naming Odells Rupture as a particular example.

Avellino also described the collaborative relationship among staff as “symbiotic.”

Zuniga said the impact of the beer dinners in fostering a spirit of community, noting that the setup was conductive because people were sitting among strangers.

“Next thing you know you might have something in common with someone,” Zuniga said.

Their assiduous efforts are paying off, according to attendees, the bulk of whom described themselves as beer enthusiasts.

“I thought it was an interesting way to taste beer and food and build knowledge of Odells,” said Sonja Baczynski, noting that the first course, a seabass ceviche, paired well with Odells Rupture. Baczynski, an Odells fan cited Rupture and St. Lupulin as her favorite Odells brews.

Other attendees needed a simple release.

“I have wanted to go to one of these for a long time,” said Kyle Jones. “It’s good to get out.”

Jones also described it as a learning experience where knowledge of particular dishes was concerned.

“It is different in a great way,” he said.

“Next thing you know,” he said, “you might have something in common with someone.”

Schramm emphasized an even broader impact of the beer dinners, citing Mainline’s positive relationship with Odells.