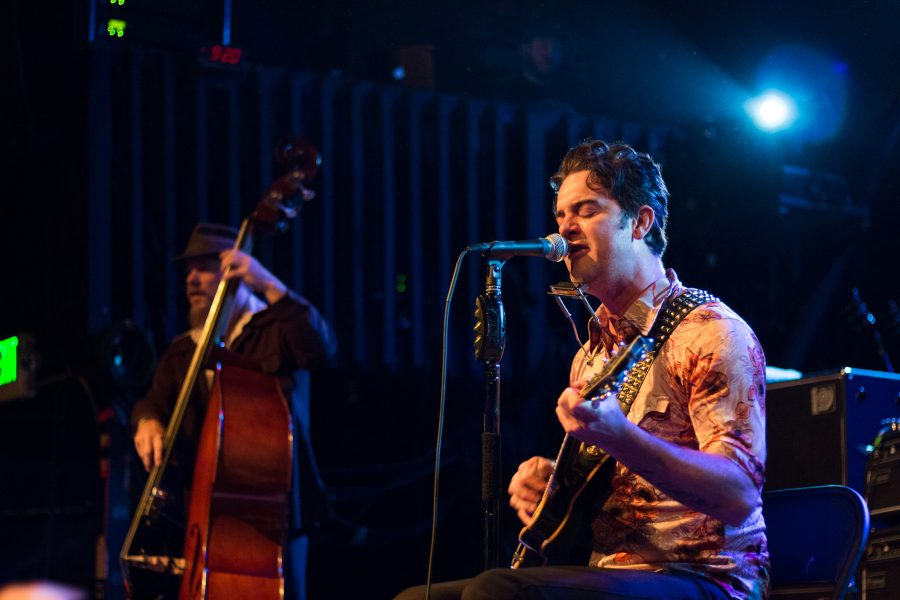 If you have never been turned on by the sound of a harmonica then you probably missed the G. Love and Special Sauce concert at Aggie Theatre.

Katharsis is the kind of band one would see while doing shrooms. They have a strong psychedelic feel, an instrumental response to EDM with a baseline you can feel in your chest. Katharsis’ songs flowed from one to another with long songs to contrast the quick three-minute songs.

“We love funk music and the psychedelic music of the 70s, and we love experimenting with different sounds,” drummer Dave Watts said.

Katharsis produces music people can lose themselves in.

“It’s more like a vibe than anything,” Watts said.

Katharsis has been together since May. All the band members have worked on separate projects in other group but came together to work on this.

After about an hour of Katharsis, the headliner and love of my life, G. Love and Special Sauce, took the stage.

There was a solid population of CSU students dancing away. One women even hopped on stage for a few seconds before being swooped away by Aggie Theater staff.

In the sticky floor of the Aggie Theatre, the crowd was such a wide range of people. From folks with dreadlocks and flannels to those rocking the leather jacket. From parents to CSU freshmen. Nonetheless, people were bopping, dancing and just generally cutting loose.

The energy from the crowd fed the band making it a strong, raw show.

G. Love and Special Sauce formed back in 1992. The group, who has never shied away from politics, introduced one of the songs by saying, “This one’s for those taking a knee last Sunday. We’ll take it again this Sunday.”

Starting the show by sitting down in classic blues style, G. Love stood up for the rest of the performance, about 40 minutes into the set, energizing the crowd with his sweet guitar and harmonica solos.

“I was going to do the clean version, but I don’t remember how that goes,” G. Love said before going into his popular song, “Booty Call.”

After the show, G. Love came back on stage for a solo encore. He played acoustic for a few songs, providing a more intimate experience with the audience. The band joined him again a few tracks later. They show officially ended with a harmonica solo.

Based in Philadelphia, G. Love and Special Sauce is not native to Colorado. But that didn’t stop them from praising it.

“Colorado has always been a really special place for us to perform,” G. Love said. “Colorado has been this epicenter for the modern jam band scene.”

Something else Colorado has that a lot of musicians love? Marijuana. Despite the Aggie’s no smoking in the theatre policy, the air was still dank, which complimented the band’s “Who’s Got the Weed” song performance.

Above all, G. Love and Special Sauce put on a energetic show perfect for right now.

“I just want our shit to be raw, rugged, dirty and off the top,” G. Love said. “I want it it be real every night. I don’t want to put on a show for Fort Collins that is really the same show I put on in Colorado Springs. With Trump and all the shitty things that I’ve got to hear about, it makes me want to bring the party even harder.”