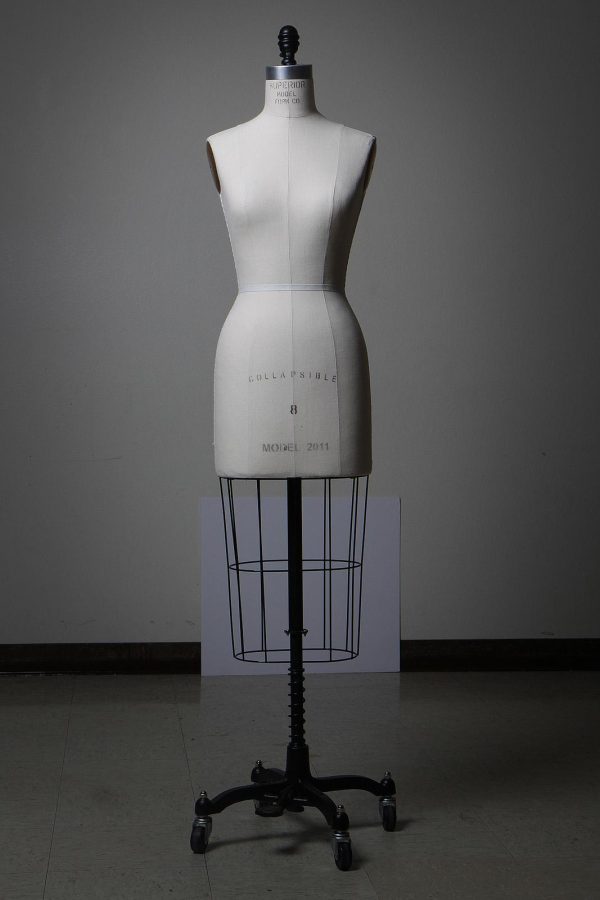 A dress form sits empty in Gifford building, the home for the design and merchandising department at CSU. (Collegian file photo)

Ashley Haberman
Editor’s note: Olive Ancell is a photographer at The Collegian.

Cultural diversity infuses society with a multitude of uniqueness that can be experienced through cuisine, spirituality, music and art genres. But fashion trends and styles are aspects of culture that can be altered, added to and individualized to make personal statements that stand out or stand in with the social norm.

Colorado State University is one place where a multitude of diverse styles can be seen. So what does style and fashion on campus mean to the CSU community?

“Style took a really long time for me,” journalism student Lily Shain said. “Honestly, Pinterest probably helped me the most. I didn’t know really what I was into until I found inspiration for what I liked in other people’s outfits.”

“It tells a lot about yourself especially not just what you wear but where you’re getting your clothing from,” Shain said. “That’s mostly what I feel like I am saying in my statements. … I learned a lot about what the materials were coming from. Through what your wearing I think there’s a lot to be said by what your buying.”

Body art and jewelry are some other aspects to style that have potential to make strong statements.

“My style is like half punk and half little boy,” journalism major Olive Ancell said. “I get piercings and tattoos because I like the feeling of them. And honestly, I would rather not be like everyone else. That is a statement. The way I look at it is I use my hair as my color palette because my clothes are usually black, gray or neutral, so my hair is my creative color that I can just change whenever.”

Mountain biking, rock climbing and other outdoor adventures are some of CSU student’s favorite activities and can also have potential influence on style.

“I guess most people would call my style outdoorsy,” wildlife and conservation biology major Cooper Mark said. “I spent several years guiding surf trips in Central America and then a few more guiding river trips here in Colorado, so my style likely came from a combination of needing functional, long lasting clothes and adopting whatever people left behind after their trips. Traveling and working in other countries also gave me an insight into where many of our clothes come from and the negative impact they can have on some really beautiful places.”

For the outdoorsy climber, style serves function over fashion. The adorned punk style works to stand out from the crowd. But out of all the unique styles campus life brims with, is there a specific trending statement?

“I think the majority of style on campus is people just wearing something without a statement,” Shain said. “I do see some that are definitely fashion statements and I think those are more for people who that is a major part of their personality. There is some you can tell is definitely cultivated but I think a lot of it was just what you can wear to class”

According to Ancell, style and statement are not one of CSU’s campus strong suites.

Collegian reporter Ashley Haberman can be reached at entertainment@collegian.com.