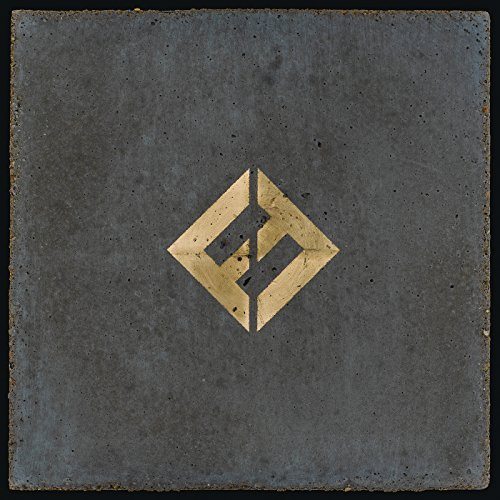 The foundation is there, but what is inside lacks some luster.

When it comes to listening to the Foo Fighters, you will have a hard time not finding something that you like. That has been mainly due to Dave Grohl’s impressive song writing and production style. In these last few years, we have seen Foo Fighters adopt the conceptual album style and make it their own, but their ninth studio album “Concrete & Gold” is a departure from that.

Formed out of the remains of Nirvana back in 1994, Foo Fighters have been some of the only remaining stadium rockers left in the 21st century. From the release of the band’s self-titled debut in 1995 to 2014’s “Sonic Highways,” there has been a massive shift in ideas for the band. When they started, Foo Fighters were loud and in your face and still rough around the edges, as the years went on, we see them start to take on these massive ideas with their music. “Wasting Light” and “Sonic Highways” were by no means revolutionary but they were some solid records and indicated a huge shift for the band. “Concrete & Gold” throws that idea out the window in the first few tracks.

“Concrete & Gold” is an 11-track record that clocks in at around 49 minutes in length. From the lead track “T-Shirt” you instantly will sense the something different about this record. While the record is not political in nature, “T-Shirt” attempts to be the only track to really address anything political. Everything else lacks some real purpose, you have songs about love, songs about questioning oneself and the usual but none of it really feels new. Foo Fighters are no strangers to reinvention when it comes to their music but that really is not here with “Concrete & Gold.”

Musically, this is the one department Foo Fighters have always dominated in and with this record and you can hear them do so again. Tracks like “La Dee Da” and “Arrows” are polished and layered to such a fine point that you really lose yourself to the music. Then there are tracks like “Dirty Water” and “Happy Ever After (Zero Hour)” that have this Beatles style to them that is hard to shake. As a listener, you begin to question some of the stylings on the tracks because of all these influences coming in on the ninth studio album. For a band that has always known what their sound is, it is a little awkward to have this identity crisis begin to shine through. Tracks like “Make It Right” and “Sunday Rain” have more classic Foo Fighters undertone, but when this record is about being classic Foo Fighters it often is not enough to carry it.

Lyrically, this is where “Concrete & Gold” is at its best as a record. Grohl has had plenty of practice up to this point and when you listen to something like “The Sky Is A Neighborhood” you cannot help but feel the need to shout along with Grohl. Everything about this record is Grohl being at his most honest point in his career. Tracks like “Dirty Water” question himself as a songwriter and as a person. Then you listen to something like “Run” or “Make It Right,” which have the feeling of immense guilt and are blunt about it. Grohl is not afraid to write what he is feeling but since this is not a conceptual album, this record seems more like a random assortment of Grohl’s personal feelings.

Should you listen to it? Maybe

The thing with “Concrete & Gold” is that it is not a bad record by any means; it just seems a bit too safe. Some tracks stand out a bit more than others and at times you get a feeling that nothing is new at all. Foo Fighters shifted away from something that was working well for them and maybe has not paid off for it. When it comes down to it, there is a bit more concrete than gold in this record.

The band was founded by Dave Grohl, former drummer in Nirvana
The band is named after the term “foo fighter,” which was used to describe UFOs by World War II pilots
Formed in Seattle, Washington in 1994.