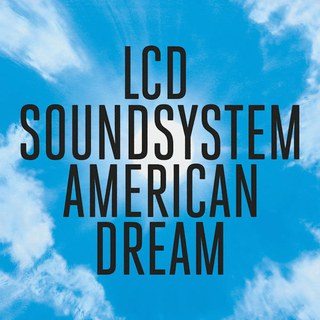 It used to be easy to spot a hipster.

Usually, this title was reserved for people who said that they listened to LCD Soundsystem. In the six years that was the band’s hiatus though, their music began to be a bit more mainstream. Now everyone is listening to the band and with their fourth-studio album “American Dream,” they are officially back, and it is a bit of a mixed bags at times.

You cannot have LCD Soundsystem without James Murphy and vice-versa. The band has been his project since the early 2000s. While the band is based out of Brooklyn, New York, they have always had a massive outreach outside the state. They really started gaining steam from their self-titled debut in 2005 and from there just grew a cult-like following. LCD Soundsystem has been labeled everything from dance rock to electronic and just about everything in between. Labels have never really suited the band as they just try to defy them at every corner and their third studio album “This Is Happening” proved just that. When it comes down to it though, there is no such thing as forever as Murphy reunited the band and now has released “American Dream.”

“American Dream” is a 10-track record that clocks in at an impressive hour in length. What most listeners will find is each track carries its own weight with the shortest one being just under five minutes in length. There is a downside to this, as there are a few moments when it feels like the record is just dragging its feet along. It is a consistent record in that it keeps a mellow mood throughout and when a track is good, it is great, but a few fall flat on their face and that should not come as too much of a surprise.

Musically, the lengths of the tracks work to their advantage and their downfall at the same time. When you listen to something like the lead track “oh baby” you cannot help but get this feeling of excitement as it is built to keep adding more and more to the point where it releases. On the other hand that same formula does not really pay off in tracks like “other voices” or “call the police” when it feels more like a chore making it through the entire track because they do not really go anywhere and have more of an anti-climactic feeling. The synthetic elements are what work best and in tracks like “how do you sleep?” or the closer “black screen.” When Murphy and company sit down they really know what they are building, you do not get that feeling too much in “American Dream.”

Lyrically, this record is painfully too self aware for its own good. Tracks like “tonite” point out hipster culture and mock it in a very open and blunt way, which may strike more long-term fans as a jab. Then you listen to something like “american dream” or “emotional haircut,” which do not necessarily come off as these cliché pieces. Murphy delivers some of the best vocal performances we have heard from him on this record and it highlights his range when listening to something like “black screen.” This record when it comes down to it comes off as a frustratingly confusing collection of works by Murphy, there is a lot to appreciate and enjoy, but at times it will leave you just wondering why certain artistic decisions were made.

Should you listen to it? Maybe not.

Is it still cool to listen to LCD Soundsystem, sure? Just like most their records before “American Dream” you really have to shift through it to find something you enjoy. This really is not the best jumping in point to start listening to the band’s works and at a lot of times leaves you feeling a bit disappointed. It really is up to each individual listener to decide if this was worth the wait and the hype that surrounded it. When “American Dream” kicks off it is great but really hits a few walls. It may have been easy to spot a hipster in the past, LCD Soundsystem does not want to acknowledge that was their fan base for years.