Alec Reviews Music: Death from Above 1979 plays it safe with ‘Outrage! Is Now’ 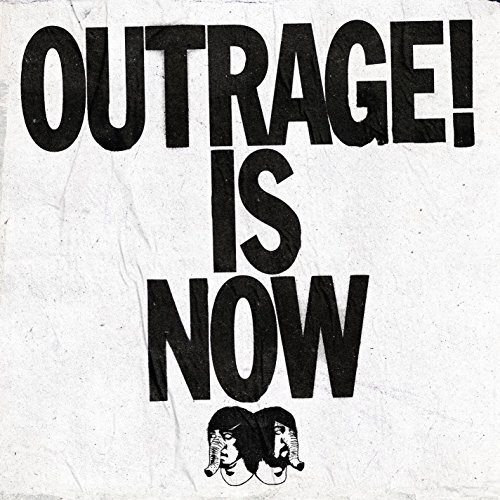 Outrage is a bit of an overstatement.

Legal disputes and name changes can weigh a lot on anyone, let alone for a band that is putting out their third studio album. Death from Above 1979 has been an interesting punk duo to watch in the last few decades and has always been outspoken about the things they believe in. That is why “Outrage! Is Now” is interesting; it tries to be thought provoking but ends up pretty shallow.

Death from Above 1979 consist of Jesse Keeler and Sebastian Grainger. When this Canadian duo first burst on the scene it was under the name Death from Above. In 2004, the band had to change their name following a legal dispute and has always been forward with how they felt about the situation. They released their debut album, “You’re a Woman, I’m a Machine,” under this name to some moderate success. It was their sophomore record that put the band on the mainstream with “The Physical World.” The music matched the personality and embodied everything punk rock should be. Death from Above had a cause to make some music. “Outrage! Is Now” on the outside seems to follow that formula, but the execution is where it becomes confusing.

“Outrage! Is Now” is a 10-track record that clocks in at around 37 minutes in length. From when it first opens, you are treated with a slower paced track that doesn’t feel like Death from Above. The record really picks up around the middle when guitar riffs start  and we lose some of the synthesizers. This is all before it flares out around the end, leaving you a bit confused to what you really listened to.

Musically, “Outrage! Is Now” has everything that makes a Death from Above record a Death from Above record. It just plays things a bit too safe even for them. Tracks like “Statues” and “Never Swim Alone” are just filled with mindless melodies and not a lot of progression. Then on the other hand, “Moonlight” and “All I C Is U & Me” are energetic and full of life with fast riffs. There is just an overall confusing tone when it comes to this record. Every track seems to have another one be a perfect juxtaposition in style and structure, and you can hear this a lot with “NVR 4EVR” and “Caught Up.” Overall, there are a lot of mixed elements in the music, and the lyrics are not much better.

Lyrically, “Outrage! Is Now” may seem like it is taking a stance on, but when you really begin to listen to it, there isn’t a lot of substance to the lyrics. While Grainger’s vocals are just the same and shaky as they have been, it’s the songwriting that holds this record back. Everything is shallow and albeit a bit obvious in hindsight. The title track “Outrage! Is Now” is the only one that really tries to break the mold.

Should you listen to it? No

“Outrage! Is Now” is an ambitious record, but it is a safe record too. There are a handful of songs to pick out and really enjoy on their own, but when everything comes together it begins to lack a sense of purpose. I wouldn’t say that outrage is now. Maybe, more like angst is now.