Collegian playlist: 12 songs to get pumped for the Rocky Mountain Showdown 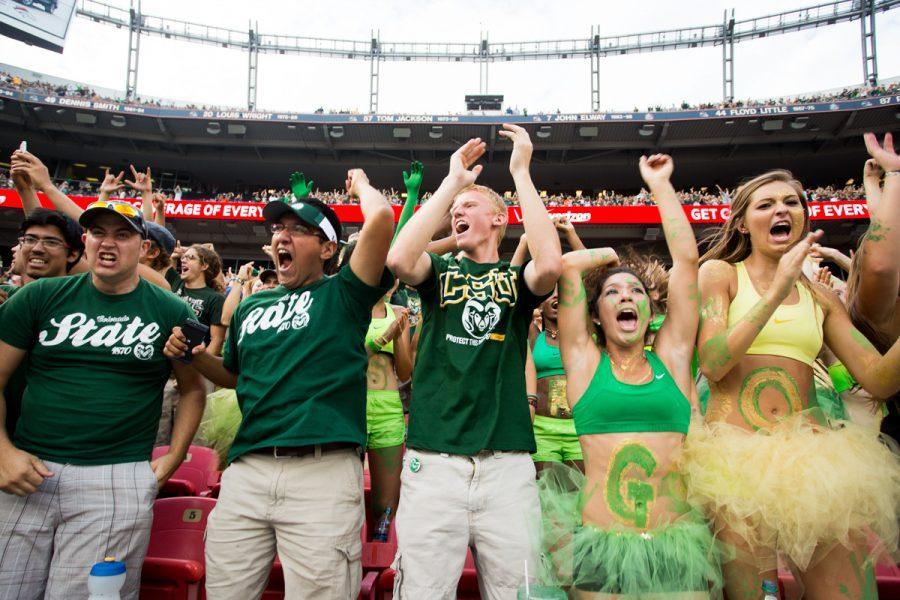 The Rocky Mountain Showdown is tomorrow. This is one of the most important games of the year for us Rams, so in order to get your adrenaline jumping, here are 12 songs to get you pumped for the game:

Click here to listen to the playlist on Spotify.

1. “X Gon’ Give It to Ya” by DMX – Did you really think we could create a playlist about taking on our biggest rivals without including this gem? Originally released in 2003, the song reminds listeners to first rock, then roll, then pop, then to let it go, which is exactly what we’re hoping our boys will do on the field.

2. “Thunderstruck” by AC/DC – While it is nearly impossible to sing along to this iconic jam, we all know that it makes you feel like a total badass just listening to it. There’s something about the combination of a genuine guitar riff and the shrill voice of a rock god screaming about weather patterns that sets everyone on fire.

3. “Power” by Kanye West – This song–like so many of Kanye’s–is literally about how great Kanye is; it wouldn’t be a stretch for ram fans to imagine that it is actually about their team. Hopefully, the team gets the memo and “do it better than anybody you ever seen do it.”

4. “Who Let The Dogs Out” by The Baha Men – This is a throwback that we’ll all remember fondly from our childhoods, and it’s an easy song to lose your mind jamming to, so we might as well throw it in here for the big day.

5. “Don’t Stop Me Now” by Queen – You were expecting to see “We Will Rock You” on this list, weren’t you? Well, this is no ordinary list, so we’ll be adding this extra ordinary song to keep us pumped throughout the day.

6. “Far From Over” by Frank Stallone – You may not know this song, but you should. Another jammer from the 1980’s, this song offers a beat that’s beyond easy to dance to, and is positively overflowing with the energy that inhabited so many songs from that era. Plus, Sylvester Stallone’s brother wrote the song for the sequel to “Saturday Night Fever,” and the coolness that is that sentence ought to be enough to hook you.

7. “The Greatest” by Sia (feat. Kendrick Lamar) – Time to take a break from the hip-hop legends and 80’s rock bands and tune into one of today’s greatest (pun absolutely intended) artists. Both Sia and Kendrick know how to knock a song out of the park, so putting them together on this empowering track makes it the perfect addition to our game day playlist.

8. “Simply the Best” by Tina Turner and Bryan Adams –  Speaking of powerful team-ups, how about this one from two of the most influential rockers in history? The song is about someone who–get this–is simply the best, which is what we all think of the Rams, right? That makes it perfect for our pregame turn up.

9. “Swish Swish” by Katy Perry – Everyone loves a good rivalry, that’s the entire reason for this game! Whether you root for Team Katy or Team Taylor, you can’t deny that this song is a blast, and it belongs on a playlist for taking on your rivals.

10. “Work Bitch” by Britney Spears – Sure, it’s kind of cheesy, and not everyone is a fan of Britney, but her song prompting people to do their best is a great tune for dancing and getting hyped, making it essential for this playlist.

11. “The Man” by Aloe Blacc – Aloe Blacc won everyone over with his hit “Wake Me Up,” but some might have missed his jam about loving yourself and showing it off is exactly what our players need to hear, so we might as well listen as well.

12. “That Don’t Impress Me Much” by Shania Twain – to wrap up our epic jam-sesh, we’ll bring in a little country. Twain is known for her empowering songs about not caring what others think, and this one is no exception. Plus it’ll serve as a reminder that nothing the Buffs do is really that impressive.