‘Birth of the Dragon’ fails to depict reality 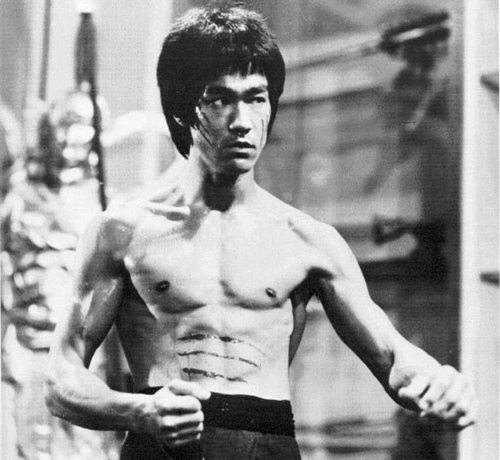 This line is spoken by Wong Jack Man, played by Lu Xia, a legendary martial artist who battles Bruce Lee, played by Philip Ng, in “Birth of the Dragon.” Sadly, the film offers only a cursory portrayal of its two most interesting characters.

Instead, viewers are treated to Steve McKree, played by Billy Magnussen, a supposed friend and student of Lee. Aside from being entirely fictitious, McKree’s character is sure to garner director George Nolfi some not entirely unfounded accusations of whitewashing. McKree’s story arc barely needs explanation for anyone who has seen a `80s or early `90s action movie featuring Asia in any way: he meets a Chinese woman whom a gang has forced into slavery. The two fall in love. McKree decides he must save her.

Should regurgitating this tired plot count as intellectual property theft?

Any historical film marketing itself as “based on a true story” should make one question the trustworthiness of events portrayed. However, even the real fight between Lee and Wong remains shrouded in hearsay. The fight was never recorded; there were only a handful of witnesses, with each giving varied accounts of who won.

Wong, a Hong Kong native who taught Tai Chi Chuan and Northern Shaolin fighting styles in San Francisco for 45 years, denied that he challenged Lee for teaching racially diverse students. Lee’s wife and daughter, maintain that Wong viewed Lee as a petulant upstart and sought to admonish him for teaching non-Chinese. The exact truth behind Wong’s motives remains uncertain.

The film eschews both accounts, positing that Wong disapproved of teaching whites. That is, until the wonderfully dull McKree shows him that white guys are not all bad. The point is, it is real dreck.

Lee’s daughter also claims that it was not Lee’s great respect for Wong that led him to invent Jeet Kune Do, or the art of the intercepting fist, as “Dragon’s” narrative suggests. Rather, it was because Wong ran away during the fight. Lee continued hitting him, bruising his hands on the back of Wong’s head and thus deciding that his techniques needed refinement.

Undisputed is the fact that Lee taught women and men of varying ethnicities. In the 1960s, his attitude toward skin color flew in the face of traditions in both China and the U.S. Indeed, Lee’s indifference to racial barriers would have been a more interesting focal point for Nolfi’s film, as opposed to a shoehorned romance.

The real Lee married his wife, a white woman, in 1964. The U.S. Supreme Court legalized interracial marriage three years later. Lee transcended racial taboos of his time, in teaching, in love and in life. Why Nolfi chose to sideline this aspect of his main character is baffling.

Choosing a single greatest tragedy among the milieu of distasteful choices this film makes is difficult, but the fight choreography proves a likely candidate. Advertising surrounding the film promised one thing: the match between Lee and Wong. After sitting through an hour of boilerplate story featuring McKree’s uncompelling romance, the two masters finally square off. The result is a jumbled, poorly edited mess of flailing limbs. Camera angles change every few seconds, and the showdown consequently feels like a teaser trailer rather than the main event.

Should you see it? No.

If you are searching for a well-edited portrayal of Lee’s fight with Wong, watch the documentary “I am Bruce Lee.” Although Lu Xia and Philip Ng portray compelling characters with relatively scant lines of dialogue, it cannot be said that they portray Lee and Wong as they truly were. The reality, in this case, is more inspiring than fiction.

Collegian reporter Ryan Greene can be reached at entertainment@collegian.com or on Twitter at @Ryangre75057034.