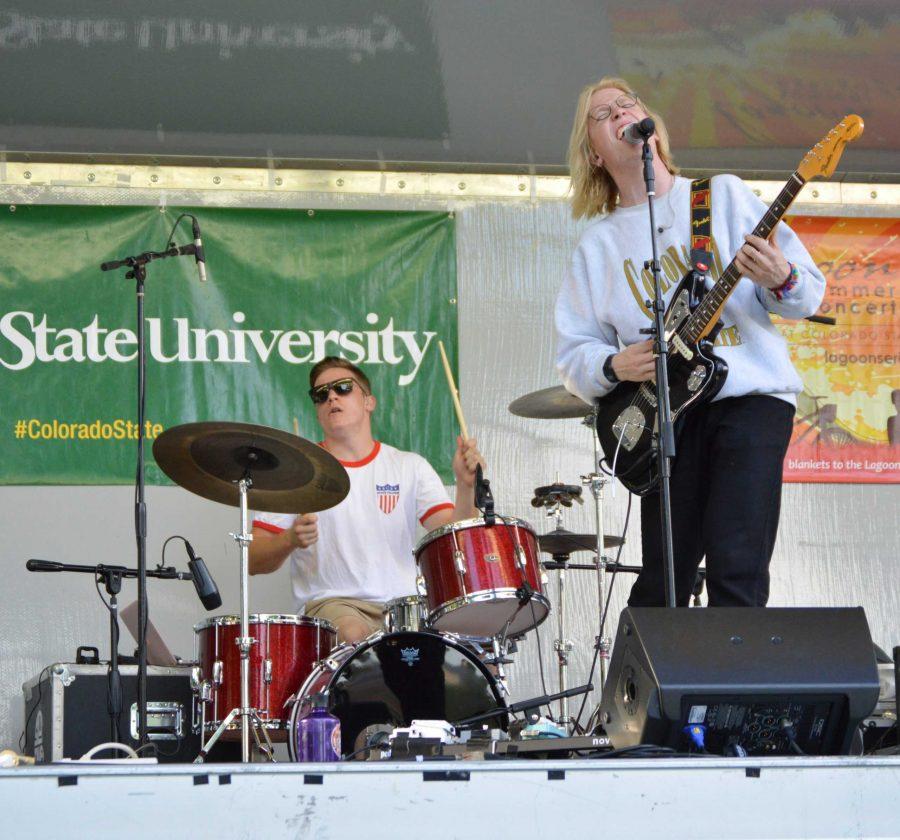 “We get to play for a lot of people who normally won’t see us,” said Jakob Mueller, Slow Caves band member.

Slow Caves took to the stage for a two-hour set, which Mueller said it not typical for the band.

For a band that is not used to playing for two hours straight, they never seem tired, jamming though most of their discography with a few covers as well. The band only rested for one ten-minute intermission.

They opened their set with some songs off their latest E.P., which set the tone for the rest of the night. It was fun, loud and in your face. For an alternative, surf, indie-rock band, that is exactly the tone you want to set.

Kids were dancing all along the front of the stage until they got tired. Parents, students and even grandparents could be found moving along to the rhythm.

“Not only do you have the music to come listen to, but you can find friends and be part of something bigger,” said Nick Adkins, a CSU student.

Being part of something bigger was a main theme for the show Wednesday night as everyone just came together to have a good time.

“This is the way we like to write songs,” Mueller said. “We get them good enough for live, then play them live, see how people react, see how we feel about it and then tweak them after that. It is a really organic way, and it’s really fun.”

What really helped the band stand out Wednesday evening were their covers. From a few Arctic Monkeys songs such as “505” to Weezer’s “Undone,” Slow Caves managed to take other band’s songs and give them their own twist. From start to finish, Slow Caves really gave it 110 percent Wednesday evening.

The band closed out the night by inviting the audience to hang out where they were selling their merchandise.

The Lagoon Concert Series continues every Wednesday at 6 p.m. through Aug. 2. For a list of the full lineup, you can visit lagoonseries.com.