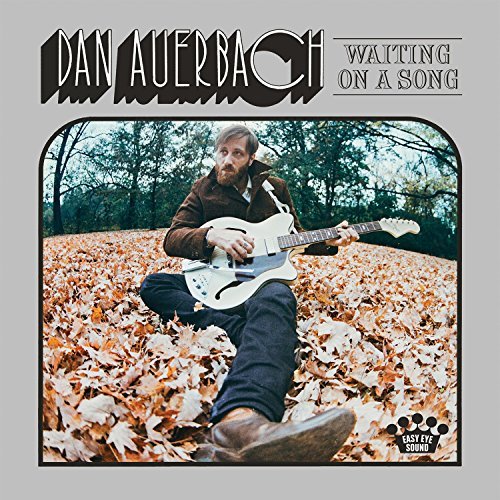 There is something about the town of Nashville and its influence on music. It has been a center for musicians for decades now and many greats owe a lot to that city. That means when you adopt the city as your new home town as a musician there is a lot of pressure to stand out. That is exactly what Dan Auerbach has set out to do with his latest solo release “Waiting on a Song,” a stylized and retrofitted album that is bound to get people singing along.

If the name Dan Auerbach sounds familiar it is most likely because you have heard of The Black Keys. Serving in the blues rock band as vocals and guitar, he has had much experience with writing hit songs. Additionally, Auerbach has also had experience as a producer. Picking up a Grammy for Producer of the Year back in 2013, he has had one solo album previously with the release of “Keep It Hid” all the way back in 2009. With ten studio albums with The Black Keys, some might think Auerbach might be running out of material to write about. “Waiting on a Song” is refreshing new music from the songwriter that serves as a blast from the past for fans of more traditional rock music.

“Waiting on a Song” is a ten-track record that clocks in to be around 33 minutes in length. Noticeably, it is a much more grounded approach to life with many of the tracks. While there are some catchy tracks that stand out, it is a fun ride from start to finish. This is a well-balanced record with the right number of peaks and valleys throughout the entire album. “Waiting on a Song” is rich in memorable melodies, punchy lyrics and a retro style that is reminiscent of rock in the `70s.

Musically, fans of The Black Keys will notice Auerbach’s stylized and unique guitar riffs littered throughout the entire record. With many tracks like “Cherrybomb” and “Shine on Me” drawing focus to the guitar rhythms, there is a lot more layers to Auerbach’s solo work than one might find with The Black Keys. Noticeably, you have horn punches that add new energy to tracks like “Waiting on a Song” and hit track “Stand by my Girl.” You can see where Auerbach has found the right mix between producer and song writer, as this record has a clean mix to the whole project that gives it a clean sound. Stylistically, it was created with the Nashville sound that makes it standout already from the contemporary rock music of this day and age.

Lyrically, Auerbach is sells himself a little short with “Waiting on a Song.” A record that jokes about writer’s block is filled with fun and catchy tunes. While many songs deal with the girls as most rock songs do, there are tracks like “Stand by my Girl” and “Malibu Man” that show off Auerbach’s prowess as a songwriter. Being some of the strongest tracks in an already stacked record means a lot. Besides that, you get songs that take you back in time like with “Show Me” or “King of a One Horse Town.” Auerbach does not struggle to bring that style from the `70s to the new age. While many elements may seem like they are played out or cliché at this point, Auerbach gives refreshing approaches with tracks like “Livin’ In Sin” or “Never in My Wildest Dreams.” Auerbach had a lot of fun with this record and it shows in just about every track that you listen to.

Dan Auerbach has never struggled with writing hit tracks. “Waiting on a Song” is a collection of some of his best work as a solo musician. He retrofitted his style with music from the past that makes it both tasteful and meaningful. What he is able to accomplish with “Waiting on a Song” is both fun and enjoyable for all listeners. Whether you are a fan of The Black Keys and their more alternative style or the music of the 1960s and `70s. “Waiting on a Song” should be a must listen for anyone who claims to be a fan of rock music. You should not wait on this record.