WGAC to host Consent Turns Me On Carnival, educate about sex positivity 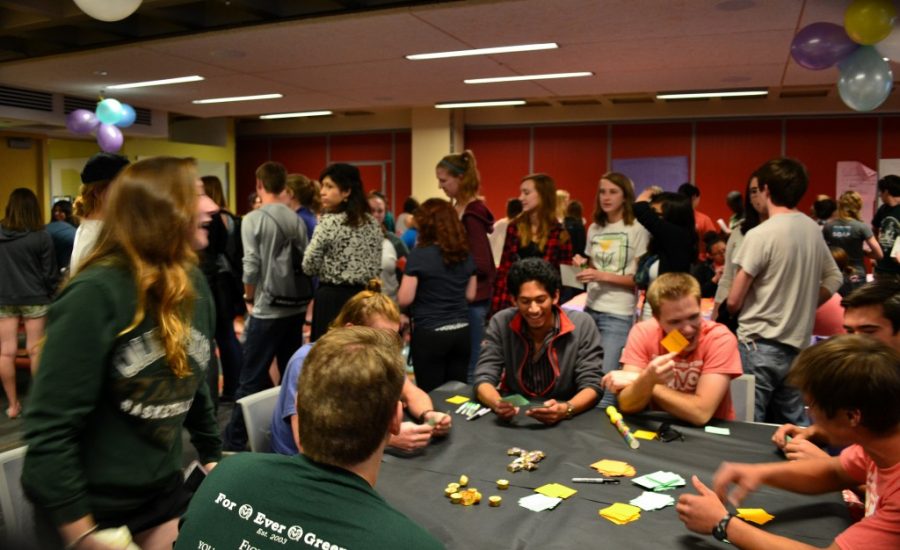 The Women and Gender Advocacy Center will host the 9th Annual Consent Turns Me On Carnival in the Durrell Center from 6 p.m – 8p.m. on Monday, April 24.

“It’s important that we educate campuses, specifically within the residence halls, on how to support survivors and that talking about consent and sexual violence is not a taboo topic; it’s not something we shy away from at CSU,” Rivera said.

Rivera said the carnival creates a fun space where people are comfortable to talk about these serious issues.

“This is just one of many programs, and we are very intentional in our humor and lighthearted nature to start conversations,” Rivera said.

“You roll the dice, and the first die is the word you would say, the second is the volume you would say it and third is how many times you say it,” said Bailey Schmidt, Inclusive Community Assistant and member of the WGAC. “It’s words like penis, vagina, and clitoris.”

Regardless of how you have sex, Rivera said it is important to be educated.

“Even if people are choosing to not have sex for various reasons, still we need to be centering that it is people’s space, and people should have body autonomy and that they have the ability to make their own decisions,” Rivera said.

Rivera said it is important to note that consent is not just for sex.

“There’s also consent within friendships and how we encroach on our interactions with friends or small children where we’re not forcing them to give adults hugs if they don’t want to,” Rivera said.

Schmidt describes the definition of consent as having three elements: cooperation in act or attitude, expression of free will and knowledge of what is happening.

Rivera said an event like this is important because of the sheer statistics surrounding sexual assault on college campuses.

“We serve an average of three survivors a day in our office, so the number of people who are experiencing sexual violence is very high,” Rivera said.

Rivera said hosting this event near the residence halls is particularly pertinent because 60% of incoming first year students at Ram Orientation indicated to either be a primary or secondary survivor.

“For our incoming students, the first couple weeks on a college campus is the highest risk time,” Rivera said. “We know that because upperclass students capitalize on the vulnerability of first year students.”

Schmidt said the carnival is important for spreading the importance of consent.

“It really focuses on talking about sex in a positive way and taking out your own judgement,” Schmidt said. “(The carnival helps people) realize these things are okay as long as they’re healthy and consensual for everyone involved.”