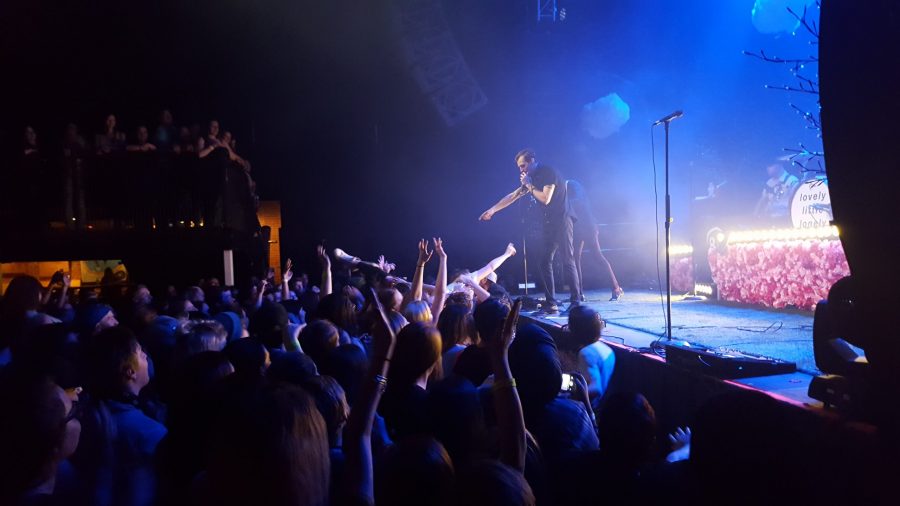 The Maine’s new album “Little Lovely Lonely” is out now and their fans are rejoicing. Every year, this Arizona rock band seems to get more and more recognition from fans and the industry. They consistently grow musically, and their following has been growing too. Their sound has evolved over the years, and this album is no exception.

Ten years later, plus six studio albums along the way, and “Little Lovely Lonely” is what The Maine is shelfing out, giving their fans a different sound than they are used to. The band formed back in 2007 and is made up of their five members, John O’ Callaghan on lead vocals, Jared Monaco on guitar, Kennedy Brock on rhythm guitar, Garret Nickelsen on bass and Pat Kirch on drums. They were once previously linked to labels “Fearless Records” and “Warner Brothers,” but eventually formed their own record label “8123,” which is said to be named after a Phoenix, Arizona zip code. Under their own label, which they have added musical friends, bands and artists to within the last few years, The Maine have been able to have all the artistic control they could want. With all of that freedom came their three most recent albums as well as an extended play, a few cover songs, a side project, numerous tours and a music festival.

“Forever Halloween” was the first album the band released on their own and it truly showed the band’s transformation. They became edgy and brought some gloom with them, bringing the darker aspects of youth to the forefront. Some of the most recognized songs off of this album are “Love and Drugs” and “Run.” However, their sound changed again with their fifth album “American Candy,” which is much lighter and has its own pop culture aesthetic to it. The big songs on this album are “English Girls.” Its music video has appeared on MTV and their song “Miles Away.”

The band has slowly been releasing teasers of their new album, “Little Lovely Lonely,” produced by Colby Wedgeworth, leading up to the release date and released the song “Bad Behavior,” as the first single off of it a few months back. “Bad Behavior” pulls vibes from both of their most recent albums. It is catchy and upbeat like their last album “American Candy,” but it also has the underlying rock feeling with its lyrics, like much of the songs from their brooding album “Forever Halloween.” It is one of the songs that stands out most from “Little Lovely Lonely.” With lyrics such as “You say you like the sound of cigarettes after sex” and “I’m in danger of bad behavior,” it appears as if they are still singing to the youthful indiscretions of their past as well as trying to cater to their twenty-something-year-old fan base.

Another stand out from this album is “Black Butterflies and Déjà vu,” which was also released a few weeks prior to the album and was the opening song of their tour in Denver last week. It has a hyped up melody and is fast paced, but still has memorable lyrics that speak to its audience. It is a song that feels like it can fit any environment. Now their song “Taxi” feels quite different, it is a bit like a song relaying a twenty-something-year-old’s relationships. It is slower than some of their other songs and has lyrics that are telling a story. It is easy to listen to and is a song that may make others feel how they must have writing it.

The rest of their album is a complete mix of songs. It is not an album that can be given one specific genre, but rather each song should be given its own genre on it. It mixes alternative, rock and pop culture throughout and you do not know what you are going to get until the next song starts to play. It is made up of 12 songs, three of which are named “Little,” “Lovely” and “Lonely” for the album, and each are strategically placed in the beginning, middle and near the end.

Whether you like all genres or are a picky when it comes to your music choices, The Maine’s new album “Little Lovely Lonely” really has something to give everyone. It fits into an array of genres and has feel good music as well as music that may make you think about your own experiences. So to quote the lyrics from their song “How Do You Feel” on this album, “are you complete or is something missing?” Because this album might just be what is missing from your life.