The best and worst bathrooms on CSU’s campus 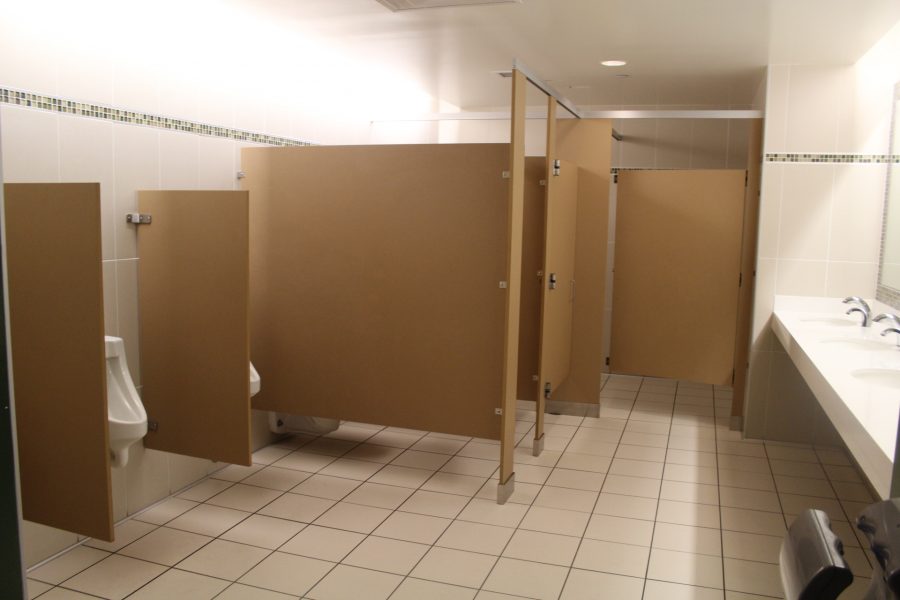 Here is a holistic retrospective on the bathrooms of CSU, both new age and old school.

“I like the ones at the Lory Student Center,” student Connor Anderson said about his favorite campus water closets.

Each and every one of the LSC’s restrooms are well stocked with all the necessary accouterments, provide ample space and are kept continuously clean. This quality mostly has to do with the LSC being one of the campus’ elite token buildings: a family of modern constructions that receive inordinate levels of attention. Members include the LSC, the Behavioral Sciences Building and the Animal Sciences Building, with the epitome being The Pavilion.

This lightly trafficked study lounge of polished concrete sits between Laurel Village and the Durrell Center. It is not unreasonable to assume the Board of Governors eats lunch here to distract from the asbestos in the Clark building.

The theme of spotlessness continues into the marble-accented bathroom. Surprisingly, a team of NASA spacecraft sterilizers do not in fact make rounds every five minutes.

Try as the University might to fool campus visitors into thinking all of CSU’s bathrooms are this perfect, they slip up at Morgan Library’s Study Cube. The modern construction speaks to modern sensibilities, but the bathroom, with an infrequently-working door lock and recurring trash buildup, falls flat. Entering the library itself only reveals a sadder story.

Arguably campus’ most trafficked building, the Morgan Library bathroom is as typical of the 7-Eleven tradition as they get: constant line, poor maintenance, really nailing that iconic bathroom smell.

Curiously, there is a large drain in the middle of the floor, as if the square room is cleaned via indiscriminate fire hose. That would explain why it is always soaking wet.

Attending class near the oval entails frequenting the oldest buildings on campus and thus its oldest bathrooms. The bathroom of the Shepardson Building, home of the department of horticulture and landscape architecture, elicits bucolic memories of the American summer camp, what with the lack of electricity, air conditioning and doors.

On the other end of the vibrant antique restroom spectrum lies that of the Military Science Building. This glorified pantry carries with it the feel of a 19th century boarding school. Sitting in the corner is a cast iron radiator that might have actually belonged to one.

This bathroom feels like a portal back in time back to the Colorado Agricultural College of 1870. It is a museum of CSU history.

A common issue faced when operating this bathroom is the faucet, with one knob stuck solid due to a century of age and the other sharing more in common with a Rubik’s Cube. Whoever can figure out a way to get this mushroom-looking device to actually activate the tap is implored to email their walk-through to entertainment@collegian.com.

The window shutter may look like your ordinary 300-pound wooden blast shield that can cut off your hand if it falls, but it could just be the table that saved Hitler in Operation Valkyrie. Amazing how much history surrounds us.

This restroom, with its sleek tile and red, white and blue color scheme, proves that mathematicians have a hidden knack for interior design.

It looks like the microbiology majors frequent here too, given the expansive cultures of mold and or bacteria growing on the counter.

The floor could use a little sweeping near the trash cans.

The final entry in this audit is a bathroom whose existence is unjustifiable by any standards.

Engineers should know that water, as a Newtonian fluid, flows downhill. But in the basement of the Engineering Building, alongside a hallway comparable to the depths of an aircraft carrier, the drain of the bathroom is the highest point of the room. But water does not just collect on the floor. It is on every knob and handle. Every door and sink. It oozes out of the walls like a live action “The Amityville Horror.”

Trash is scattered all over. An unused door stopper skates around on the slippery tile like the world’s most pathetic hockey puck. Worst of all, the restroom might just give you cancer.

The room is just down the hall from the lab where engineers handle highly toxic carcinogens, as the warning label on a nearby door suggests. In front of the door is a shoe brush, the likes of which are featured in documentaries about nuclear reactors, used to scrub contaminants off shoes.

I am sure such a machine is 100 percent efficient and in no way do engineers track in lovely compounds like osmium tetroxide to slowly accumulate on faucets and the floor.

While the bathroom in the Engineering Building lobby one floor up does not seem to carry the same overt risks, it too is inexplicably wet and trash-filled. Both rooms have broken urinals wrapped in body bags.

Unfortunately, this inspection did not cover women’s bathrooms. However, it can be assumed that the counterpart rooms in the Engineering Building are at their worst a third as bad because of reduced traffic as 24.6 percent of CSU engineers are female.

While students with classes in the Clark Building’s C Wing do not have a choice against being exposed to asbestos, they do have a choice when it comes to bathrooms. At least one source of campus carcinogens is avoidable.

Matthew Smith can be reached at entertainment@collegian.com or Twitter @latvatalo.