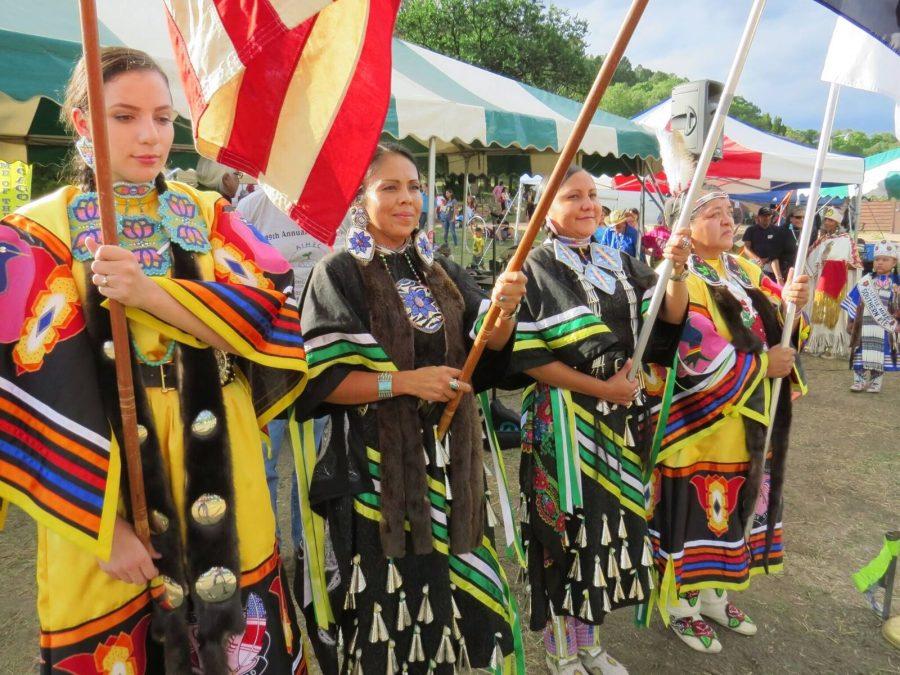 This year is the NCIPA’s 25th powwow. It will take place at the North Aztlan Community Center on April 8 and 9.

Each year there is a theme to the powwow. This year, it is “Honoring all sisters-our women.” This theme will be portrayed in honoring women through dance.

“Many people will come, and they’ll want to honor someone so they’ll have a dance,” said Gayle Adams, NCIPA’s treasurer.

The events, food and art vendors are all focused on celebrating Native culture. The vendors will sell jewelry, art and clothing and the NCIPA ensures all artwork is made by Native Americans.

“To see what some of the younger artists are doing with traditional art is fun for me to see that thread,” Daniels said.

In addition to all the artwork sold being Native, the food is also entirely Native including Indian Tacos, beef stew and the popular frybread.

This is an important event because for some Native Americans it is the only time of year that they can gather with their friends and family in one place.

“People coming down from Montana who may have relatives living in Denver look forward to seeing them once a year in a place like this,” said Peter Jacobs, a NCIPA member.

Adams said this is an event for all tribes and people to attend.

“I think sometimes people don’t want to come because they feel like they’re intruding, but it’s definitely a social event more so than anything,” Adams said.

The powwow is an opportunity to engage with history and culture.

“I’m watching (a dance) in the moment, but I’m connected to centuries of that dance being done,” Daniels said.

But more than anything, the powwow serves as an opportunity to practice and preserve Native American culture.

“A lot of kids read about us in Colorado History and they think we don’t exist anymore,” said Jan Iron, the NCIPA’s president. “We make a stand and say this is our culture. We’re still practicing it, and that makes us stronger as a people.”