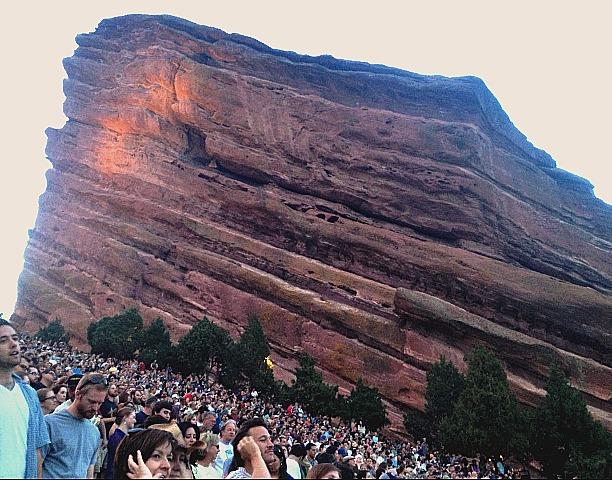 One of the best parts of summer in Colorado is visiting Red Rocks. Not only is the rocky hillside venue to die for, but some of the acts are pretty amazing too. Every Coloradoan knows that you have to check out Red Rocks at least once and check it off your bucket list. This Summer the shows and events look to be no different incorporating genres from EDM to Irish folk so there is sure to be something for everybody.

Here is a guide to the five can’t-miss events happening at Red Rocks this summer:

I have heard nothing but good things about Chance. Using what Billboard calls “vibrant rhymes and jazzy retro beats” Chance broke through to the music scene using his 2013 mixtape Acid Rap. In 2016 Chance dropped another mix tape, Coloring Book, which reached number eight on the Billboard 200 chart. Chance received seven Grammy nominations as a result of the mix tape and will make his debut at Red Rocks.

For its sixth year Global Dub Festival is at Red Rocks again and the line ups include Wilkinson, Crizzly, Armnhamr, Spad Heddy, and headliners Illenium and Flux Pavilion. For fans of EDM and dubstep Global Dub is a can’t miss attraction which welcomes more than a thousand global dancers across the state and beyond.

Also check out later in the season if you like Electronic/EDM: Odesza on May 28th , Zed’s Dead on July 3rd, and Marshmello on June 11th

The man and legend himself who once performed at Woodstock will be headlining Red Rocks this summer. For those who are a fan of Latin American and Rock fusion be sure to check it out on July 10th.

Also check out: Tom Petty and the Heartbreakers on May 29th -30th, Widespread Panic on June 23rd

Country music sensation and Grammy/American Country Music Award winner Miranda Lambert with be welcomed to Red Rocks on the 8th and 9th of August. If you like classic All-American country, Miranda Lambert is the performance to see.

Combining alternative hip hop and reggae fusion that combines Southern California roots, the Dirty Heads will play at Red Rocks as a part of a combined tour with Soja. Fans of Sublime will love the Dirty Heads.