CSU students respond: Who should run for president in 2020? 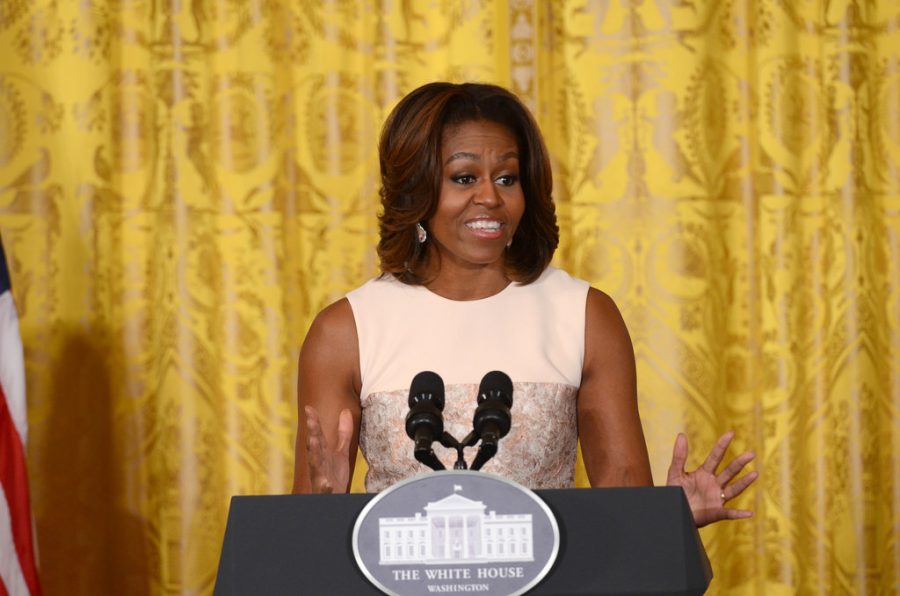 Image courtesy of United States Department of Agriculture via Flickr

Donald Trump has been president for nearly three months now, which means it is time to start thinking about who is next. Come 2018, several politicians will be announcing that they are planning on running for president. An article published on The Hill in December lists Senators Bernie Sanders, Elizabeth Warren and Cory Booker as likely candidates, as well as Colorado Governor John Hickenlooper and, of course, Hillary Clinton.

However, now that political experience is no longer a necessity for being elected to the presidency, CSU students have some other ideas for who should run.

According to Katelyn Fahrenbruck, a junior in the Department of Journalism, Leslie Knope and Ron Swanson would make the ideal candidates. We all know that Leslie Knope has plenty of governmental experience having been a part of her local parks and recreation department and sitting on the City Council of Pawnee, Indiana. She has also idolized politicians for her entire life and modeled herself after some of the most groundbreaking among them.

“I feel like Leslie solves problems, not creates them,” Fahrenbruck said.

Jon Saam, a senior studying agricultural education, said he is hoping that Chuck Norris will announce his bid for the White House.

Ironically enough, Norris has been relatively involved in politics, frequently donating to several causes and even campaigning with Mike Huckabee in 2008. Norris, an Air Force veteran, has no political experience of his own, but he might not make the worst candidate.

Rodica Ninguin, a freshman studying political science, said that she hopes Jay-Z will run in 2020.

“Beyonce is the queen bee and they would be better than Kim Kardashian and Kanye,” Ninguin sad.

Much like Trump, Jay-Z does not have much political experience, but he is a successful businessman. Not to mention, he and Bey were buddy-buddy with the Obamas, so maybe they would just have what it takes.

“I want Kanye West (to run) because people will have better style,” said Skylar Richardson, a third-year studying journalism.

Kanye recently announced in an interview on BBC that he is not joking about his presidential run. He also stated that rather than possessing political views, he has “views on humanities” to carry him to the office. Whether he would make a good president or not is not exactly clear, but free Yeezys could probably solve a lot of the world’s problems.

Emily Gaddie, a junior studying sociology, thinks that Ellen Degeneres would make the ideal candidate. Gaddie cites Degeneres’ “love and kindness she continually shows” as good reason for her to take office. Ellen does not have much experience either, but she did try and help Hillary Clinton narrow down her VP choices. The winner of the contest was Ellen herself, so it just may happen someday.

Spencer Reed, a junior studying journalism, offers an opinion that has been rumored since Trump’s win.

“Michelle Obama was fantastic as our First Lady,” Reed said. “She would probably do equally well as the president.”

Michelle Obama spearheaded several key policy initiatives during her husband’s presidency and, according to the Washington Post, she sported approval ratings higher that Barack Obama. Unfortunately, Michelle confirmed in an interview with Oprah Winfrey that she will not be making a bid for the 2020 presidency, but students like Reed can still hope.

While all of the above choices would make interesting campaigns, chances are, of course, low that any of them will run. However, if the most recent election taught us anything, it is to never say ‘never.’ So here’s to hoping!