CSU students respond: What is the 4/20 origin story? 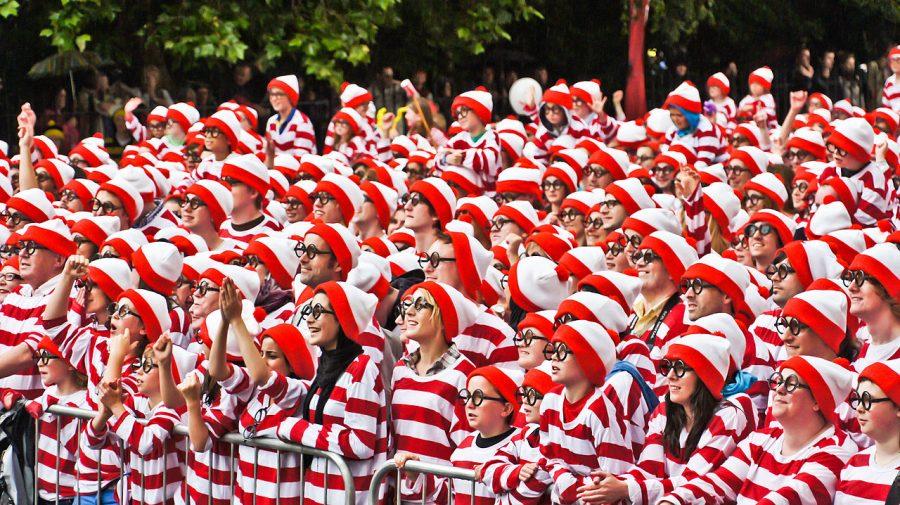 People dressed up as Waldo. (Photo courtesy of Wikimedia Commons)

Editor’s Note: Some students requested to withhold their last names to protect anonymity.

Editor’s Note: To protect their identities, students quoted in this article are referred to by first name only.

The fabled marijuana holiday is here. A lot of people will be questioning things today, like the existence of the universe or how long it will take to order food from Fat Shack.

But, here at the Collegian, we have another question: What do students think is the significance of the date 4/20?

“Some people know, kind of, the modern history, but (4/20) can actually trace its roots all the way back to the Mayans,” Daniel said.

Patrick thought the marijuana craze started with a plant native to Peru.

“I think it was the maca root,” Patrick said.

Logan explained how he thought it got to America.

“King George wouldn’t let Christopher Columbus celebrate with the maca root, and so he brought it over to America so he could celebrate,” Logan said. “I don’t blame him.”

Max elaborated on how he thought the Mayans were involved with the story.

Daniel pulled the story together with what can only be described as basic reasoning.

“Well, of course, from maca to marijuana, was Christopher Columbus’s mistress, Mary Jane,” Daniel said. “I think the rest is probably history.”

Aiden, an undeclared student, answered with one of the most common misconceptions about 4/20.

“Wasn’t it a police code call for, like, smoking weed?” Aiden asked.

Hugo, a history major, also thought it began with a police call code. But, then, he got it right: It started with some high school kids in California.

Leave it to a history major to remember such details of the past.

The short origin story is that some high schoolers in California who called themselves the Waldos decided that 4:20 p.m. was when they would meet to smoke and search for some abandoned marijuana crops.

The long story involves Louis Pasteur and a band famous for its drug usage.

However, not everyone is intrigued by the origins of the special number.

Lilly, a philosophy major, asked, “Why does it matter?”

Others said that the details didn’t stick with them.

“When I was told the 4/20 origin story, I was high as fuck, so I don’t remember,” Jessabelle said before running off to  class.

There are a lot of misconceptions out there about the origins of 4/20. Sadly, there was no Mistress Mary Jane for Columbus–it was Mistress Beatriz–and the maca root isn’t something that can get you high. The number also doesn’t go all the way back to the Mayans—just 1971, shortly after the summer of love.

But, although the tales of Mayans and maca aren’t true, CSU students came up with some interesting ideas about the origin of 4/20; one even got it right.

Collegian reporter Dylan Simonson can be reached at entertainment@collegian.com or on Twitter @DylanSimonson0.